Used Nissans – Are They an Investment?

In the world of used cars, there’s a fairly common saying – “there’s nothing more expensive than a cheap Mercedes” which is to say that a cheap, used Mercedes is likely to cost you a fortune in upkeep because it’s not going to be reliable. If you want the opposite of this however – a car that may be used and well run-in but still reliable, and might be worth something when it comes to resale time then your choices are rather limited. General consensus is that Japanese cars tend to be the most reliable, even in old age, so that’s probably where you should start your search. Nissan are one of the country’s major automakers, and they offer a variety of cars that could prove to be a good used bet.

In the reliability rankings, Nissan generally tend to come slightly above average. While they may be perceived to be as equally reliable as compatriots Toyota and Honda, many have argued that Nissan’s current partnership with French manufacturer Renault is detrimental to reliability, as French brands don’t often do well in reliability reports. Nonetheless, there are several good cars in the Nissan line-up from the past decade with solid used reliability ratings.

The Micra has been around for more than 30 years now, and has consistently kept its reputation as a reliable and wise choice. The 1998-2002 models in particular are known to be some of the best built and most reliable cars of all time. While they might not be much to look at, and they aren’t that inspiring under the bonnet, they are actually favoured by tuners as a great base for turbocharging.

If you’re after something a little bit more exciting, then the 350z is a reasonably good bet, particularly if you want a shot at investment. Being a quick coupe, it’s always going to have a decent resale value, but they’re not too expensive to buy. The good news is that owners generally report these to be sound cars, so you shouldn’t have too many issues if you keep up with maintenance. 350zs are widely available on sites like AA Cars – you shouldn’t have too much trouble finding a good one.

The wild card. There are many different Skylines with a variety of specifications, but they’re all pretty solid unless heavily modified. While not cheap to buy, they hold their value very well indeed, and if you run one for a few years and look after it, there’s every chance you won’t actually lose any money.

How much value for Money does the Volkswagen Polo Deliver? 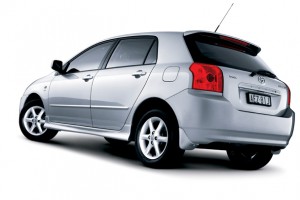 While the new car sales market has endured consistent growth over the last eighteen months, leading brands have also been...
Copyright 2017 CarFilia
Back to top