Mini hasn’t even given us all the details for the upcoming John Cooper Works GP, but it already has a price. Set to debut at this month’s L.A. Auto Show, the GP will start at $45,750.

The last GP-badged Mini sold for $39,950, so this mid-$40,000 price point isn’t out of the ordinary or unexpected. However, it’s still pretty nuts considering the competition. Mini previously told us the GP will have “over 300 horsepower” and go around the Nürburgring in less than 8 minutes. Global production is also limited to 3,000 total cars, but it’s not clear how many of those will be coming stateside.

A regular 2020 John Cooper Works Hardtop starts at $34,250, but it’s making do with considerably less horsepower at 231 ponies. A Civic Type R retails for $37,230. A Golf R is $41,290 and the WRX STI costs $37,895. We’ll note that Mini hasn’t said how much standard equipment is included with the $45,750 asking price, so it could get much more expensive from there — Mini will surely let you go nuts with the configurator. That said, we can hope the high asking price does include an array of niceties you’d have to pay for on higher trims of the JCW Hardtop.

When it launches later this November, Mini has already promised it will be the fastest car it’s ever produced. We’re excited to see the extreme Mini take to the streets in mid-2020, as the GP models in the past have always provided us with a gloriously fun driving experience. 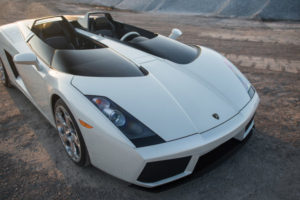 Many Lamborghini concepts are completely wild, but the 2006 Lamborghini Concept S is unique in that it's totally wild...
Copyright 2017 CarFilia
Back to top