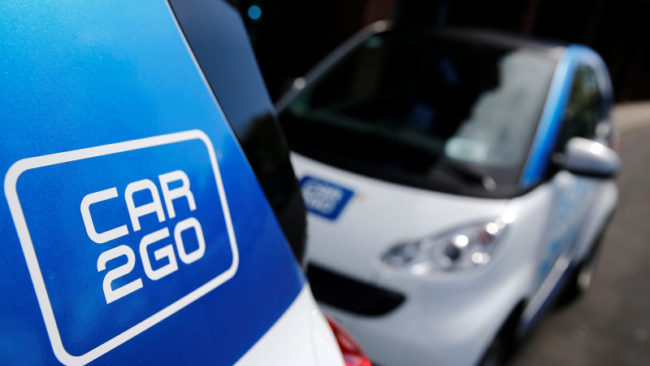 The European Union’s competition authority said on Wednesday it had approved the plan of German luxury carmakers Daimler and BMW to combine their car-sharing businesses, subject to conditions.

Under the deal, which includes car-sharing units Car2Go and DriveNow as well as ride-hailing, parking and charging services, Daimler and BMW will each hold 50 percent stakes in a joint venture.

They have offered concessions to address E.U. antitrust concerns over the deal they hope would let them better compete with U.S. rival Uber and China’s Didi Chuxing.

The European Commission has found the deal would raise competition concerns for free-floating car sharing services in Berlin, Cologne, Duesseldorf, Hamburg, Munich and Vienna. It said Daimler and BMW agreed to a remedy package in the six cities.

“The commitments thus fully address the Commission’s concerns as they will reduce the barriers to entry for competing free-floating car sharing providers,” the Commission said in a statement.

Subaru's latest special edition STI, however, comes with a much less underwhelming boost in power. It's called the WRX STI TC 380,...
Copyright 2017 CarFilia
Back to top