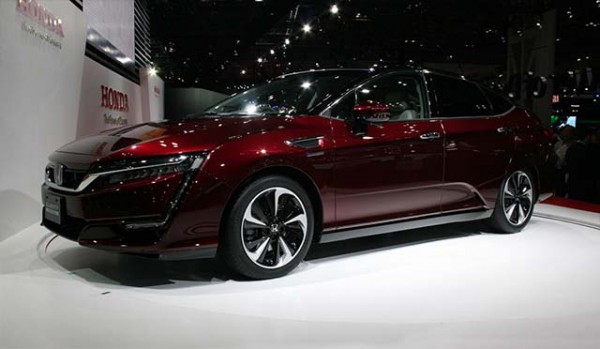 Slated to begin retail leasing to customers in select California markets before the end of 2016, the Clarity Fuel Cell is expected to be priced around $60,000 with a targeted monthly lease under $500.

Honda expects limited volumes in the early stages of production. Deliveries will begin through certified fuel cell vehicle dealers in Los Angeles and Orange counties as well as the San Francisco Bay Area and Sacramento. The company will start by leasing vehicles and expects to move to retail sales with increased volumes and market coverage coincident with increasing vehicle supplies and the growing hydrogen refueling station network.

The Clarity Fuel Cell anchors an expanding portfolio of advanced environmental Honda vehicles, including a reengineered 2017 Accord Hybrid, going on-sale this spring, and a new Honda Plug-In Hybrid vehicle based on the same platform as the Clarity Fuel Cell, slated for launch by 2018.

Technological innovations to the Clarity Fuel Cell have created a fuel cell stack that is 33 percent more compact than its predecessor with a 60 percent increase in power density compared to the outgoing Honda FCX Clarity. The more compact fuel cell and integrated powertrain, comparable in size to a V-6 engine, now fits entirely under the hood of the car, allowing for a more spacious cabin with seating for five passengers. The new Honda Clarity Fuel Cell will feature a driving range estimated to exceed 300 miles, with an anticipated refueling time of approximately three to five minutes.

In addition, the platform underpinning the Clarity Fuel Cell will serve as the base for a next-generation Honda plug-in hybrid launching in the U.S. by 2018. This will be a new, 50-state volume vehicle in the Honda lineup-up. Featuring a second iteration of the i-MMD plug-in system that offers significant improvements in battery capacity and power, the next-generation Honda plug-in hybrid will more than triple the 13-mile all-electric range of the previous Accord Plug-In Hybrid Sedan. This much greater all electric range will enable a zero emissions commute for the vast majority of American drivers with EV operation at highway speeds.

In the effort to speed the advancement of a refueling station network outside of California, in May 2013 American Honda joined the public-private partnership H2USA, which brings together automakers, government agencies, hydrogen suppliers, and the hydrogen and fuel cell industries to coordinate research and identify cost-effective solutions to deploy stations that can deliver affordable, clean hydrogen fuel in the United States. Additionally, in an effort to support the wider introduction of fuel cell vehicles, Honda in 2014 committed $13.8 million in financial support to FirstElement Fuel to accelerate the building of additional hydrogen refueling stations throughout the state of California.

In June 2013, Honda entered into a long-term collaborative agreement with General Motors to co-develop the next-generation of fuel cell systems and hydrogen storage technologies, aiming for the 2020 timeframe. The collaboration expects to succeed by sharing technological expertise, economies of scale and other benefits.

The Very Best SUVs and 4x4s On The Market 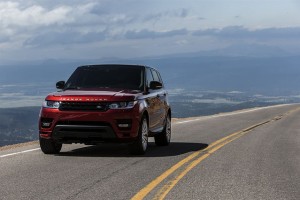 The Very Best SUVs and 4x4s On The Market

Buying a 4x4 used to mean one thing: heading off-road! They were built for climbing mountains and fording rivers. The original...
Copyright 2017 CarFilia
Back to top