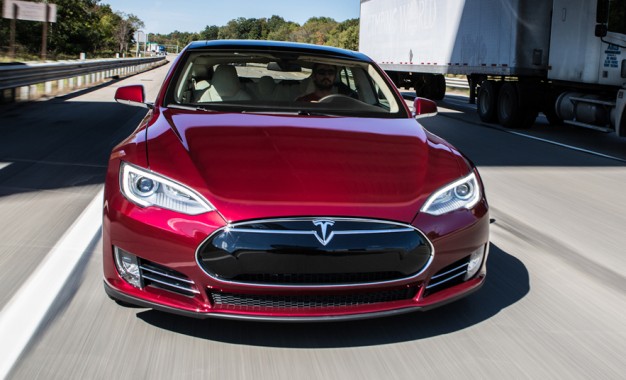 Tesla Motors reported delivering 17,400 vehicles in Q4, hitting its target of at least 50,000 vehicles for the year.

The Palo Alto-based electric carmaker delivered about 75 percent more of its Model Sthan during the same period of the previous year.

507 Model X vehicles were produced during the quarter and 208 were delivered to customers.

Deliveries of the Tesla Model X SUV are “in line” with the company’s early stages of producing the new electric sports utility vehicle. Tesla was producing 238 Model X vehicles per week by the last week of 2015, the company said.

Tesla turned over the first six Model X SUVs to owners at a high profile launch event Sept. 29, and the pace of deliveries accelerated over the holidays.

The soon-to-launch Audi A3 Sportback e-tron earned recognition as a leader in sustainable propulsion by qualifying as a finalist...
Copyright 2017 CarFilia
Back to top