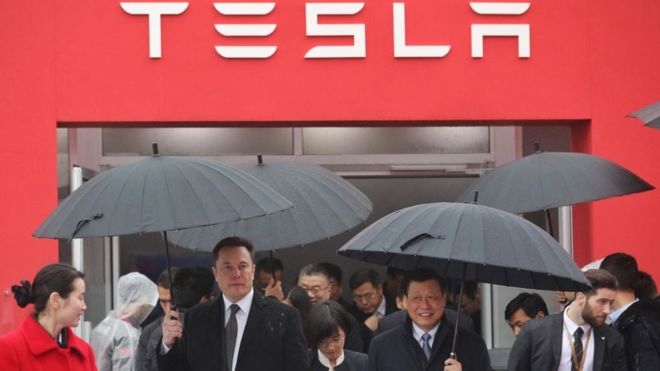 Tesla shares have surged to their highest levels since February, after it told investors that manufacturing at its Chinese factory and plans for its next model were ahead of schedule.

That beat forecasts, but was down more than 50% from a year earlier.

Shares in the electric carmaker jumped by more than 17% in after-hours trade to about $300 apiece.

Tesla has struggled with years of losses, fuelling investor doubts and casting a shadow over the shares in recent years.

The firm has yet to turn an annual profit, although it recorded positive results in the final two quarters of 2018.

Last year, the company took aggressive steps to slash expense, cutting thousands of jobs and reining in other spending.

In the most recent quarter, operating expenses fell about 15% year-on-year to $930m, lifting the firm’s bottom line, despite a modest decline in revenue.

In Wednesday’s earnings release, the company said it expected to remain profitable in the future with “possible temporary exceptions” around the launch of new products.

The firm said it was “highly confident” it would deliver more than 360,000 vehicles this year – in line with previous estimates.

The company is betting on major success in China, the world’s biggest car market. Sales there had been hurt by tariffs triggered by the US-China trade war.

Tesla said trial production had already started at its factory in Shanghai, the first wholly foreign-owned plant in the country. However, it still needs additional government sign-off before full production gets underway, it said.

“We have cleared initial milestones toward our manufacturing license and are working towards finalising the license and meeting other governmental requirements,” it said. 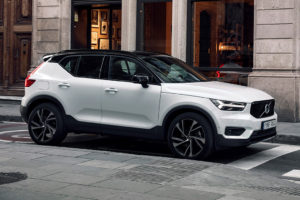 Volvo isn't being shy about it: We need to change our ways to combat climate change issues the world faces today. Cars...
Copyright 2017 CarFilia
Back to top