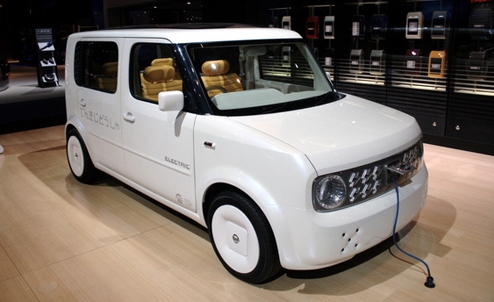 You know Dyson. They’ve been a household name for years and years. Mainly for creating vacuum cleaners. However, rumour has it that Dyson aren’t satisfied simply producing vacuum cleaners anymore. They’re looking to create other things; electric cars, according to reports!

Although Dyson haven’t let this slip, many reports have said it’s something they are currently developing. Very different from a vacuum cleaner, they are putting their engineering experience to use in this innovative way.

The car is said to be in development at the Dyson headquarters in Wiltshire, with government funding to keep the project going.

So, how did the confirmation of the vehicle come about? It was revealed in the National Infrastructure delivery plan. The plan reveals that there will be £174m of investment in the area, also creating 500 jobs in the engineering field.

We know that Dyson had already been looking into battery technology after investing 1 billion into projects in China. Then, last year, it bought a battery company for £90m. This is after reportedly developing a ‘breakthrough in battery technology’.

The government has been supplying other big companies with money to explore battery and electric car technology too, such as Apple.

Dyson has said that they definitely aren’t ruling out the possibility of releasing their own car. Once their research has been completed of course. The battery firm they bought, Sakti3, is a firm known for doubling battery life. This is the battery that could potentially run the Dyson cars.

It might make more sense than we think for Dyson to develop their own car. Afterall, they have already revolutionised the way we do many things around the home. The way we clean and eat to name a few. Why not revolutionise the way we drive?

The firm recently revealed that the demand for their products has been on the rise. Sales were up 10% in 2014, and sales are only going up.

Max Conze, Dyson boss, simply had a slew of cryptic comments for people who wanted to know what was really going on. He obviously didn’t want to give too much away. However, with the evidence gathered so far, it seems glaringly obvious that a Dyson electric motor could be with us sooner than we think! He mentioned how Dyson were obsessed with taking their products apart to make them better. This suggests they are currently working on the perfect design for the vehicle.

Car companies like Toyota are working on creating similar technologies. However, Dyson may have got ahead of the game with the £15 million they invested in Sakti3. Apple could have an electric car go on sale as soon as 2020, but whether Dyson are planning to go ahead that soon remains to be seen. Maybe the next range of electric cars won’t just have superb battery life, but the ability to stop accidents in some way too. Good news for us, not so great news for your auto accident lawyer. It should be a while before that sort of technology is developed yet though. What do you think of Dyson developing an electric car?

Leave your thoughts below!

When you get a flat tyre and have to stop at the side of the road, you need to replace that tyre quickly. Hopefully, you will...
Copyright 2017 CarFilia
Back to top