Coinciding with the 50th anniversary of Holden’s first win at Bathurst in 1968, GM Holden’s Design Team has explored the technological potential of the future through the stunning virtual ‘Time Attack Concept’ racer – conceived and executed entirely in-house at GM Holden.

Unlike the conventional format of the current endurance race cars, the Holden Time Attack Concept racer is envisioned as a single-lap tearaway, pitted against the clock. This type of racing is commonly known as Time Attack in motorsport circles.

GM Holden’s Design Director, Richard Ferlazzo explains: “The technology we employ today has transformed the way we design cars. We have the ability to simulate a car’s appearance, technology and dynamics in convincing animations, which enables us to deliver better designs in a shorter time. A large part of our work is Advanced Design and we use this technology to develop concept designs for our parent company, General Motors. This concept is a digital advertisement for the advanced skills, capability and technology of the GM Holden team”.

“Ewan perfectly captured the essence of what we wanted to achieve; an expressive, futuristic design which also displays innovative engineering solutions. Concepts are always meant to push the boundaries but are even more impactful when they are feasible and this concept is plausible as an advanced racer of the future,” said Ferlazzo.

The concept was developed with technical input from GM Holden’s Engineering team and the final design was validated with a digitally-printed 3D model. The finishing touch is a stunningly realistic video, created by GM Holden’s in-house Design Visualisation team, of the Time Attack Concept racer lapping the iconic Mount Panorama circuit. The video will debut on Saturday October 6 during the telecast of the Great Race, and will then be available for everyone to see.

“Automotive Design and Engineering remains a core strength and competitive advantage for Holden and for Australia. The Time Attack Concept racer is an illustration of how we can utilise cutting-edge technology to develop transportation solutions for the future. You can see from the extremely detailed approach to incorporating the advanced technology in our Time Attack Concept racer that this is more than just a visual exercise. 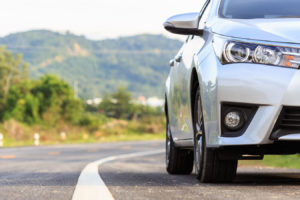 Now that you have started your new business, have you thought about purchasing a new vehicle to use solely for work-related...
Copyright 2017 CarFilia
Back to top