Hyundai Ioniq Plug-In Hybrid Now Available In The US 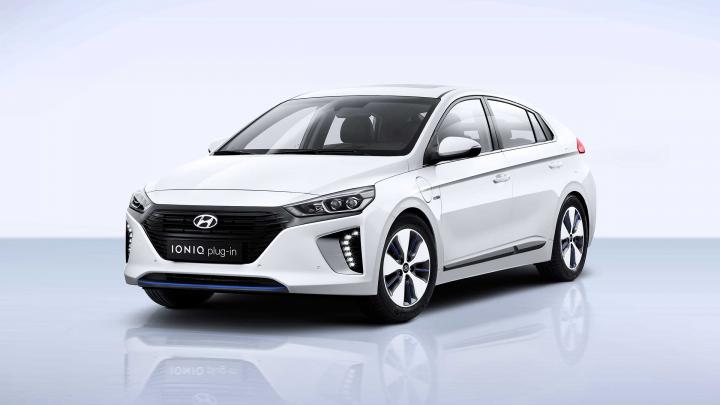 Hyundai has added the 2018 Plug-in Hybrid model to its Ioniq line-up for the 2018 model year, along with new features for Ioniq Hybrid and Electric models. The growing eco-focused Ioniq line-up is the first to offer three distinct electrified powertrains on a single, dedicated vehicle platform.

The new 2018 Ioniq Plug-in Hybrid and other models offer a sleek, aerodynamic silhouette with an industry-leading 0.24 Cd derived from carefully designed surfaces. The Ioniq employs efficiency and technology in its design to create both a unique and forward-looking appearance. Throughout the entire development phase, engineers and designers worked closely to ensure that form and function evolved simultaneously in a complementary fashion. Its fluid exterior shape and smooth air flow channels emphasize aerodynamic body lines and design forms.

The new 2018 Ioniq Plug-in Hybrid provides an all-electric range of more than 29 miles, 119 MPGe in EV mode and 52 MPG in hybrid mode based on EPA estimates, powered by a potent 8.9 kWh lithium-ion polymer battery. The Ioniq Plug-in Hybrid features a new Kappa 1.6L direct-injected Atkinson-cycle four-cylinder engine with an unsurpassed thermal efficiency of 40 percent and delivering an estimated 104 horsepower and an estimated 109 lb.-ft. of torque. This engine has been specifically tailored to the hybrid application and is combined with a quick-shifting six-speed double-clutch transmission – differentiating Ioniq from its key competitors with a more dynamic and engaging driving experience.

The Ioniq Hybrid and Plug-in Hybrid both feature a six-speed EcoShift® dual-clutch transmission (DCT), which boasts best-in-class transfer efficiency through the use of low-friction bearings and low-viscosity transmission oil, and is able to achieve a unique mix of driving performance and fuel efficiency for a spirited and fun-to-drive character. This is an important differentiator from the majority of other Hybrid and Plug-in Hybrid cars that use a Continuously Variable Transmission, which are often criticized as having ‘rubber band-like’ acceleration.

Further, the powertrain components were designed to be compact and highly efficient. The combined extra weight of the Hybrid and Plug-in Hybrid technology therefore adds minimal weight to the Ioniq, but significantly increases its efficiency. Electric power for the Hybrid and the Plug-in Hybrid, as well as for the Electric, is generated by a permanent magnet synchronous motor whose parts were optimized by reducing the thickness of core components by up to 10 percent and adopting rectangular-section copper wire to decrease core and copper loss.

Ioniq Hybrid and Plug-in Hybrid feature a sophisticated multi-link rear suspension system with dual lower control arms for agile ride and handling coupled with excellent ride quality. In addition, extensive use of aluminum in front and rear suspension components saves around 22 lbs. of weight compared with conventional materials. A reduction of five lbs. per front lower arm unit saves 13 lbs. at the front suspension, while nearly nine lbs. is reduced at the rear suspension.

Hyundai is also working with ChargePoint to further enhance the Ioniq Electric and Plug-in Hybrid ownership experience. ChargePoint has the world’s largest electric vehicle charging network with more than 32,000 locations at which to charge, including more than 400 Express DC fast-charging sites. ChargePoint locations are rapidly expanding, with customer ease of use as a primary goal at every location.

Ioniq owners will receive welcome kits, informing them with key information and benefits in the use of the ChargePoint charging network, and ChargePoint access cards that are easy to activate. In addition, owners will have the capability to conveniently locate ChargePoint chargers on their mobile devices using the MyHyundai/Blue Link app. 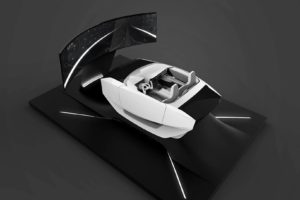