Ram on Track To be America’s Second Favorite Truck

The May financial numbers for Fiat-Chrysler are in and they’re … confusing. Jeep is down 15 percent, and this is the ninth month in a row their sales have dropped, despite the popularity of crossovers showing no sign of slowing down. Meanwhile, Dodge is up 8.4 percent thanks in part to the Grand Caravan which is on death row and the Journey which is the most long-in-the-tooth crossover on the market. Overall, FCA sales are down 0.9 percent. 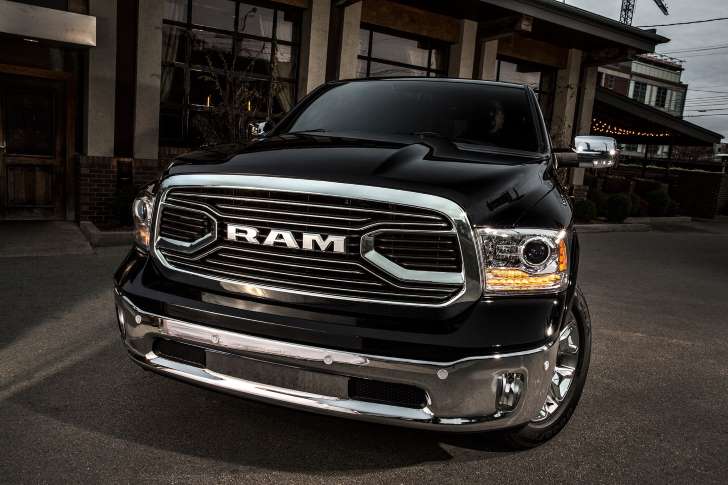 But the big news here is with Ram. Unsurprisingly, things are going well at Ram which is up 18 percent because we can’t stop buying trucks. What is a surprise, however, is that Ram is selling so many pickup trucks that they’re on track to pass up the Chevy Silverado for second place behind the seemingly unbeatable Ford F-Series. This is the third month in a row that Ram has beaten Chevy in the sales game. If this keeps up, it will have been the first time in history that Ram hits number two. Oh, also their commercial vans had double-digit sales gains in May.

Why is Ram, a truck that hasn’t been fully updated since 2009, gaining on the Silverado, which was just updated in 2015? Ram has been offering good incentives for their aging trucks attracting frugal truck buyers. It’s a smart move and it’s working to snatch up the market share in the truck market that isn’t fiercely loyal to their brand. It’s almost impossible to get a truck owner to switch brands, but the few who don’t care about the badge on the grille will just go with the one with the best price.

The trickle-down theory may be a debatable economic policy, but for vehicle manufacturers the essential concept is basic...
Copyright 2017 CarFilia
Back to top