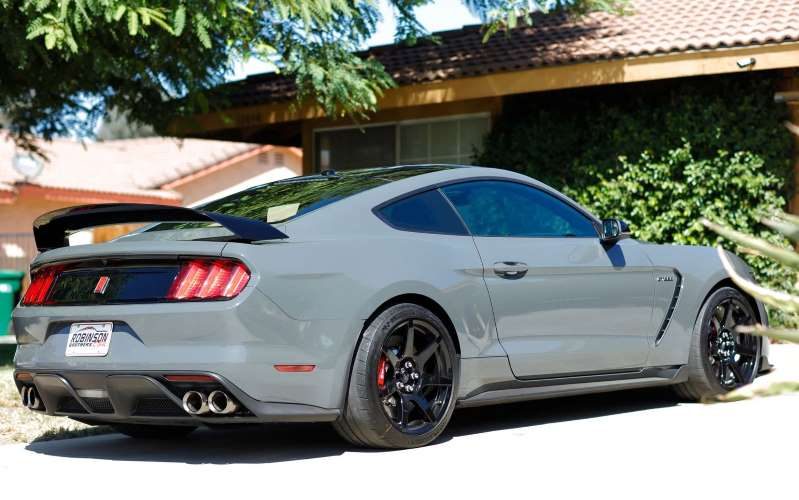 The new 2019 GT350 is an amazing car, but just as prevalent as media reports are of its new performance upgrades, what is as noteworthy is the scarcity of any mention of its stablemate, the GT350R. The lack of any mention or comparison between the two has led some to wonder if the R model still exists or whether it still has any purpose in Ford’s lineup. We asked representatives from Ford to discuss the comparison between the two GT350 models and to see if the newly improved 2019 base GT350 defanged the former king of the GT350 family.

The contrast between the tire compounds is akin to the different tires that you see in modern day Formula 1 racing, with their different tire compounds of soft, medium, and hard. One can imagine the old Michelin Pilot Super Sport tires as being analogous to the hard compound tires, whereas the new 2019 GT350 base Cup 2 are the medium tire, while the GT350R receives the soft tire.

Although the GT350R’s Cup 2 tires are the softest, Thompson says,”The GT350R tire is not going to wear out like the old F1 qualifying tires. There is still a good longevity there. It’s still good on excessive heat cycles. It’s the top highest grip, softest compound that we’re going to put on a car. Similar to what Porsche has done with the [Michelin Pilot Sport] Cup 2 R. It’s much softer, [and is] going to wear much faster than their base Cup.”

We look forward to seeing the new 2019 GT350 base model on the streets and track, along with eagerly awaiting Ford’s even more potent updated 2020 GT350R.

With the reveal of the new 330 horsepower 2.3L EcoBoost Mustang High Performance that joined Ford’s performance car lineup alongside the 2019 Mustang GT Performance Pack Level 2, the new and improved 2019 GT350 base model, the returning GT350R track specialist, and the new 760 horsepower 2020 GT500, Ford has a performance Mustang for any price point and one that can fit anyone’s tastes. 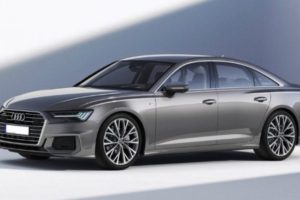 When the current generation Audi A6 arrived last year with a V-6 engine standard, we knew it was only a matter of time before...
Copyright 2017 CarFilia
Back to top