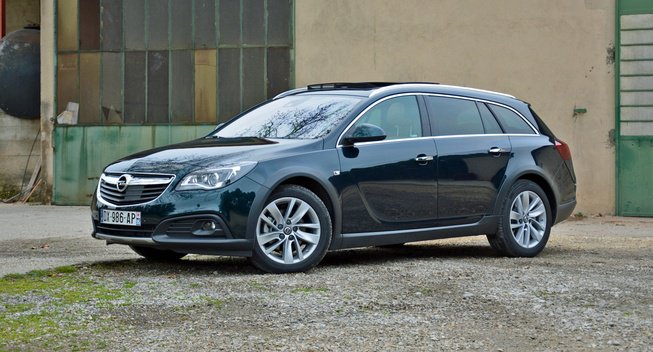 Buick has long been General Motors’ most traditional brand. With the launch of the 2018 Regal, it’s now arguably GM’s most risk-taking brand. Buick is turning its midsize staple into a hatchback, called the Regal Sportback, and a wagon, the Regal TourX. Revealed Tuesday afternoon at GM’s historic Design Dome in Warren, Mich., the cars will go on sale in the fall after next week’s public debut at the New York Auto Show.

The wagon – though Reuss was reluctant to call it one – is a longer (3.4 inches), higher-riding (0.6 inches) version of the Regal Sportback. It’s the first Buick wagon since the 1990s Roadmaster, and it’s aimed at the seemingly never-satiated crossover market in the United States.

The TourX will compete against the Volvo XC60 Cross Country, Audi A4 Allroad, Subaru Outback, and BMW 3 Series wagon. The Buick offers up 73.5 cubic feet of storage space behind the front seats and is all-wheel drive only. Power comes from a turbocharged 2.0-liter four-cylinder making 250 horsepower and 295 pound-feet of torque that teams with an eight-speed automatic transmission.

“It’s something that is very different and very beautiful, and it’s a good alternative for Buick to try,” Reuss said.

The Sportback, meanwhile, offers the same four-cylinder and eight-speed trans as the TourX in AWD trim. The Sportback also offers a front-wheel-drive model that uses a four-cylinder paired with a nine-speed automatic, and the engine is rated at 250 hp and 260 lb-ft in that setup. With swoopy creased styling, the Regal Sportback offers a slightly different riff on the crowded sedan segment, which GM says still has three million annual retail sales. On a side note, Saab fans might feel some old wounds at the sight of the hatchback Buick, as the 5-door 9-3 was axed by GM in an attempt to make the model more mainstream before the brand’s demise.

As expected, the Regals are based on the Opel Insignia, and they will be built in Ruesselsheim, Germany. Reuss said GM plans to build the Regals there after the company sells Opel to PSA. He also said GM isn’t concerned about potential border/import taxes that could be levied by the Trump Administration. 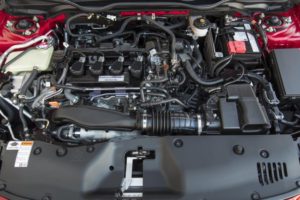 One of the things that's really disappointing about modern cars is how they all hide their technology under a proverbial...
Copyright 2017 CarFilia
Back to top