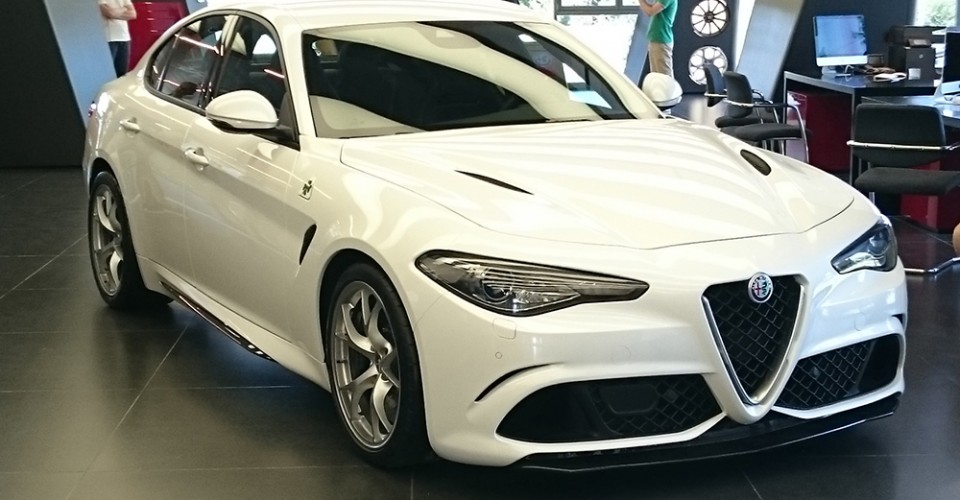 As we have already looked at some of the disappointing cars of the last year, I thought it would be a nice idea to look forward to 2016. 2016 is a year of great potential where a whole host of the cars on display could be potentially world class cars. Some of the heavyweights from BMW to Ford are releasing new additions in 2016, and tension is palpable. Here is a selection of the cars that we think are going to make a big splash this year. If you cannot tell, we can’t wait!

In the past, Alfa Romeo was a buzzword for quality and elegance as the Italian giant made some of the best cars on the market. Over the past couple of years, their dominance has declined as they haven’t been making cars at the same rate, but they are back with a bang in 2016. The Giulia is a beautiful looking car, and the specifications don’t look too shabby either. The car will be available with a diesel or petrol engine and will cost around £25,000.

Over the past couple of years, the BMW 5 Series has dominated the car market. The 5 Series is without a doubt of the most popular cars available today, and it is about to get an upgrade. Okay, the gloss may have only just worn off the old 5 Series, but that doesn’t mean the new doesn’t have anything to offer. The new model will have a new chassis that will make it stronger and sleeker, but that will lower the weight. It will also have better efficiency thanks to its hybrid engine. Plus, there is no need to fear because it will look just as good. If you are interested,  Eastern Western New BMW has a good range of cars available.

The A5 is Audi’s answer to the BMW 5 Series in many respects. After all, the two German manufacturers are giants of the industry, so they have to reply. And reply they do as the A5 is a more refined version of the A4. The new engine means it will emit less carbon dioxide into the air, something that is a major talking point at the moment. Plus, the car will be lower to the ground, so it should handle much better. The battle between Audi and BMW is worth keeping an eye on in 2016.

Yes, this has been a long time in the making, but Aston Martin is finally releasing the DB11. To be honest, it is impossible not to get excited about this car given the brilliance of the DB9. And, with the latest Bond movie still fresh in the memory, the DB11 is bound to get pulses racing. With its 6 litre turbocharged V12 engine, it should do just that! But, unless you have an estimated £170,000 lying around, this might just be a pipedream.

Still, it is nice to dream!

Your Guide to Off-Road Driving

Hyundai Motor’s compact SUV Tucson continues to impress automotive journalists around the country, being named a winner...
Copyright 2017 CarFilia
Back to top