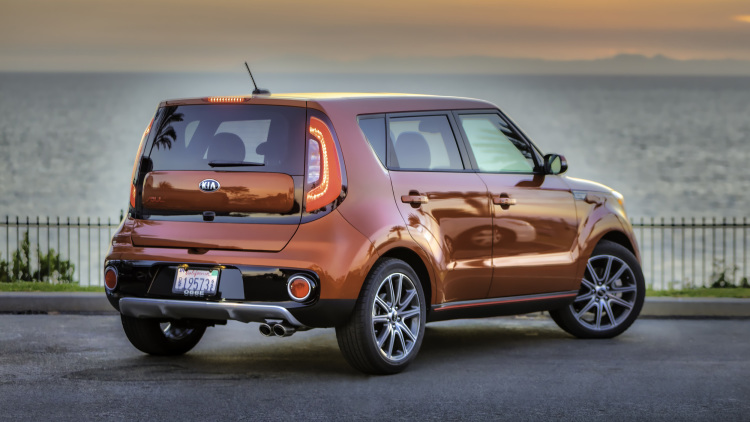 Kia is making its funktastic hatchbox, the Soul, with a turbocharged engine. The new, 2017 Soul Turbo takes all the good things about the standard car – the space, style, comfort, and long list of standard and optional equipment – and adds a dose of performance, courtesy of the 1.6-liter turbo four-cylinder also used in the Forte5 SX and Forte Koup, as well as Hyundai’s Elantra Sport and Veloster Turbo. It was a long time coming.

According to Kia, consumers like the Soul – to the tune of almost 150,000 units last year – but aren’t as fond of its previous two-engine lineup, which previously topped out at a 161-horsepower, 150-pound-foot naturally aspirated four-cylinder. Alongside all-wheel drive, more power was at the top of the customer wish list. While all-wheel drive is absent here – the packaging is too tricky and the cost too high, Kia tells us – the Soul Turbo hits a market white space, offering small CUV utility with entertaining but not overwhelming straight-line performance.

This is, in the end, a higher-power version and not a full-on performance model, and the changes were made without compromising the friendly look and comfort we like. Yes, the Turbo-specific 18-inch wheels look lovely, but they’re shod in the same 45-series all-season rubber as the 18s available on other Souls. And while the handsome leather-wrapped, flat-bottom steering wheel is sporty, the supportive-but-not-claustrophobic seats are a reminder that this is an everyday vehicle. Even the exterior accents – new front and rear fascias, side sills, red exterior badges and accents, and a dual-tip exhaust – aren’t enough to overshadow the Soul’s funky, friendly, and cute look. Even the oily bits aren’t free of Kia’s balanced approach.

Kia’s reshuffling of the Soul’s powertrain accompanied a rethink of the trim levels. There are still three trims – base, + (called Plus), and ! (Exclaim) – but where the 2016 car relied on the volume 2.0-liter for its top two trims, the range-topping ! is now only available with the turbocharged engine and seven-speed DCT. The price for that model increases from $21,300 to $22,650, which is a very easy pill to swallow considering the improved performance, refinement, efficiency, and looks.

Opting for the Soul ! is also a smart choice if you’re cross-shopping Kia’s box with its litany of competitors – the company considers everything from conventional compact crossovers, like the Nissan Juke, Mazda CX-3, Fiat 500X, and Honda HR-V, to the five-door Ford Focus and Chevrolet Cruze as potential cross shops. The Turbo’s engine outpaces everything we just listed (except the high-end Juke Nismo RS), and unless you opt for the $4,000 in option packages, the Soul does it for less money, too. The CX-3 GT starts at $24,990, the Focus Titanium is $24,075, and the Renegade Limited is $25,195, to name a few.

The Soul Turbo is a car we’ve waited a long time for. It adds so much to the model’s overall package without subtracting any of the things we like, and it does it for an extremely reasonable premium. Our complaints are few – paddle shifters would be nice, and it’d be cool to see the 1.6-liter turbo outside the range-topping trim – and are small enough to overlook. If you’re in the market for a small, commuter-friendly crossover with some fire in its belly, Kia is finally selling the package you’ve been waiting for. 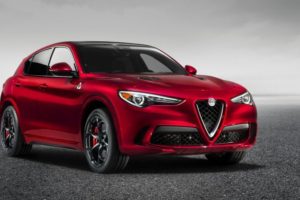 It's been a long time coming, but Alfa Romeo's first SUV is finally here in the form of the 2018 Stelvio. Making its debut...
Copyright 2017 CarFilia
Back to top