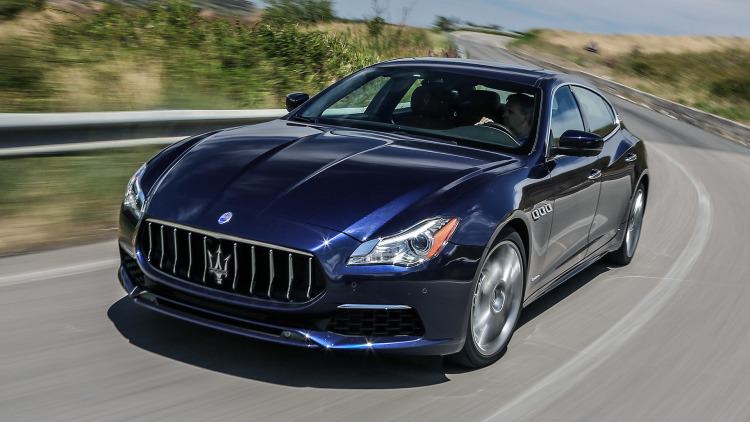 When German companies launch a new luxury sedan, they chat about more power, better economy, and leveraged links to Silicon Valley’s hottest microchip and graphics powerhouses. It’s not like that in Italy. The Mediterranean peninsula only has one authentic maker of luxury sedans, and cutting-edge consumer technology has never been Maserati’sforte.

Beautiful cars, sure. Compelling engine notes, yup. The prioritization of handling emotion above cornering speed and even ride quality? Absolutely. Three years ago Maserati thought that blueprint would be enough for its all-new Quattroporte. It wasn’t.

For starters, the car wasn’t beautiful. Compared to the filigreed purity of its predecessor, the QP (as they call it in Modena) looked awkward, even clunky. A big part of that was the sheer scope of the 124.8-inch wheelbase, which made it nigh impossible to deliver the proportional elegance and unfussed panel pressings of its predecessor. Still, the added length provided rear legroom that takes surveyors to measure.

More important than what it had (and whether that was good or bad) was what it didn’t have. There was no button on the remote to open the trunk, no self-parking system, no reversing camera, definitely no 360-degree camera setup, no radar cruise control, no semi-autonomous steering, and no modern navigation or infotainment.

By far the biggest Maserati (at 207.2 inches, it dwarfs most of the standard versions of almost any sedan, anywhere), the Quattroporte now has some small visual changes and enough driver-assistance stuff (like radar cruise) to bring it up to German levels. At least, that’s the on-paper argument.

Not one of the 2017 model’s visual upgrades is metallic. The changes include a new plastic grille (inspired by the design language of the Alfieri concept car), updated lights, and some very subtle differences between the sportier GranSport and the more luxurious GranLusso versions, two new trim packages.

The aero guys have been busy, too, with a flat floor and a new Air Shutter that lowers drag by 10 percent and by itself improves the fuel consumption by three percent (anything else is down to stop-start).

In a tech, tech, tech world, the Quattroporte is the anti-Tesla. There are no plans to give the big boy any form of hybrid power much less a plug-in hybrid powertrain. Maserati’s engineers look at you funny for mentioning hydrogen fuel cell or battery-electric power. Instead, Maserati loves a good internal-combustion motor, which is odd because it doesn’t make any right now. The diesel V6 not sold in the US comes from nearby VM Motori, while Ferrari knocks out the fun stuff (in, admittedly, a plant it built with Maserati’s money).

Maserati has added the option of a pair of 10.2-inch LCD screens in the rear so the kids can watch either shared or unique content, and a remote control has thoughtfully been included to drive it all, on the assumption that anybody who hasn’t played in the NBA won’t be able to reach the back of the front seats.

There are jarring notes, though, with the chrome plastic trim pieces across the air vents and instrument cluster looking and feeling far from premium, the cup holder’s cover closing with an undamped clunk, and the roof lining flexing flimsily when you use the buttons Maserati has left up there.

At its core, the Quattoporte is a solidly good car, but it always was. It just lacked the kind of technology that buyers of big German sedans took for granted. Now that it has that tech (most of it, at least), it’s a much more credible contender. It’s just a shame it’s not better in some areas that seem pretty visible, because the core of the car deserves it. 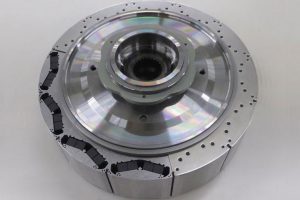 The Japanese automaker has freed its hybrids of the need for heavy rare earth elements. Working with Daido Steel, the automaker...
Copyright 2017 CarFilia
Back to top