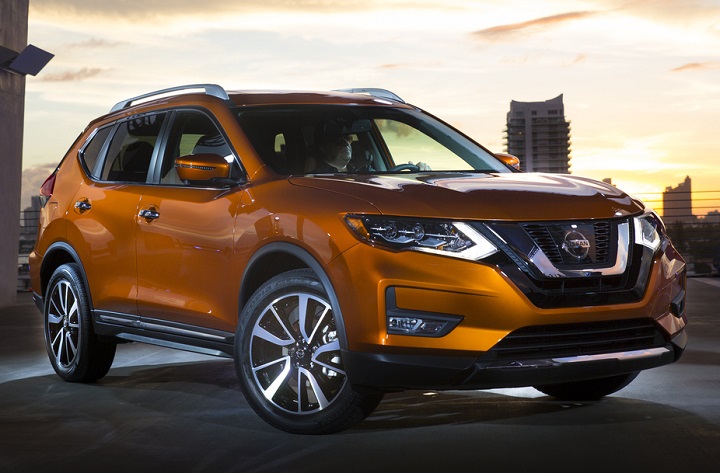 The second-gen Nissan Rogue went on sale in November 2013 as a 2014 model, and in its second year sales skyrocketed by a staggering 44 percent, ranking it the industry’s biggest gainer. Of course, most other C-segment crossovers have also experienced sales growth, as these little nippers eat away at midsize sedan sales. With this increased consumer appetite comes a budget for bigger, more frequent upgrades and enhancements. As mid-cycle spiffs go, the 2017 Rogue’s is relatively extensive, as we outlined in our First Look. Front and rear fascias, all the lamps, and the grille are revised, with the latter accentuating Nissan’s newish V-motion graphic.

New 17-, 18-, and 19-inch wheels are also on offer. Inside there’s a new flat-bottomed steering wheel to suggest sportiness, and seconding that suggestion is a new sport-mode shifter with leather boot. Other revisions update seat fabrics, door and instrument-panel trim, and the center console.

Comfort and convenience gets upgraded this year as well, with new 2017 Rogue options including a kick-motion-activated power tailgate, memory seats and mirrors, heated steering wheel and mirrors, and remote start. Adaptive cruise control is a big new addition, and it works between 20 and 90 mph. Joining that automation upgrade is a rather crude lane-departure prevention system that applies braking on one side of the vehicle to keep it from drifting out of a lane (we’re already getting spoiled by lane-keep assist systems that work the electric power steering to keep the vehicle centered in the lane, like the one on Rogue’s chief rival, the segment sales-leading Honda CR-V). Other safety upgrades include pedestrian detection on the already available forward emergency braking system, the addition of rear cross-traffic alert to the blind-spot detection, and extension of these features down to the middle SV grade (it had been standard on top SL trims only).

Then again, apparently there are vastly more people who prefer the way the Rogue drives, so never mind about that. My gut feeling is that a 2017 Rogue SL would have likely fared well enough to make the finals of our Big Test, but probably wouldn’t have won it. But for families who want that occasional third-row seat for carpooling little kids, or who dig the Divide-N-Hide cargo system—which offers myriad choices of floor heights, concealed stowage, and vertical dividers—it’s not hard to see how Rogue is earning the sales momentum that this freshened one is bound to improve. After all, even we might choose the Rogue over an Altima. 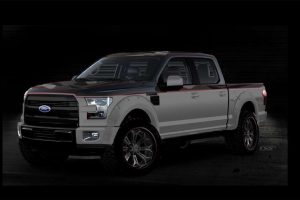 Ford has previewed four different F-150 trucks it will reveal at the Specialty Equipment Market Association show in Las Vegas...
Copyright 2017 CarFilia
Back to top