Three years ago at the Los Angeles Auto Show, Nissan unveiled the Sentra NISMO concept. It was a sign of great promise from Nissan for the Sentra, a car that never really got much love from journalists. Powered by a turbocharged I-4 making 240 hp and featuring suspension and braking hardware to match its racy looks, the Sentra NISMO concept made a big impression to journalists assembled in the City of Angels. Perhaps that’s why the automaker chose to debut the production-ready 2017 Nissan Sentra NISMO at this year’s L.A. Auto Show and gave us a chance to take a quick spin.

Although the 2017 Sentra NISMO sports much of the same visual flair of the 2013 concept (albeit with an updated nose), most of the concept car’s performance hardware unfortunately carries through from the production car. With the Sentra lineup gaining a new 1.8-liter turbocharged I-4 making 188 hp and 177 lb-ft of torque this year, Nissan opted to put that engine into the Sentra NISMO without giving it any additional power. Why? Because Nissan says it’s perfectly balanced at 188 ponies. At least the manufacturer did see fit to make the Sentra NISMO available with a six-speed manual transmission in addition to a CVT. The performance helpers that the new Nissan Sentra NISMO did get can be boiled down to an uprated NISMO-tuned suspension and Michelin Pilot Sport all-season tires on 18-inch wheels. You can order a set of summer tires for your Sentra NISMO at your Nissan dealer, or just head to Tire Rack and swap on a set of your choosing.

The current-generation Nissan Sentra has never really been a car that wowed us (it finished in last place in our recent seven-car compact sedan Big Test), but the Sentra NISMO showed a hint of promise over our teeny 3-mile loop in L.A.’s industrial Arts District. The Sentra NISMO’s biggest improvement versus the standard sedan is its ride. The roly-poly suspension tuning and shiplike ride quality are gone. Instead, the Sentra NISMO’s ride is firm and sporty without being harsh. Steering has improved, too. There’s a hint of actual feel and what seems like a quicker steering ratio. It’s not an outright sports car, per se, but it’s certainly sportier. This is how a stock Sentra’s ride and handling should be tuned.

The engine’s 188 hp won’t win the Sentra NISMO any drag races, but it felt adequate in the manual-equipped tester I drove. There’s a touch of lag below 2,000 rpm or so, but the engine pulls quickly to its redline once you’re past that. The engine doesn’t sound particularly good or make much noise at all, actually. The engine lacks the character and sporty growl of, say, a Fiesta ST or Volkswagen GTI, but I imagine that could be fixed with an obnoxious cat-back exhaust.

The Nissan’s six-speed manual is similarly OK; it doesn’t like quick shifts, and drivers will have to be precise slotting the shifter into gear, as throws are on the long and borderline-vague side. The pedals, at least, are well-spaced for heel-toe downshifting.

Inside, the slightly sportier cabin features some faux carbon-fiber trim and some sport seats with wide-set bolstering, which I imagine would be pretty comfortable for more heavyset drivers.

The 2017 Nissan Sentra NISMO goes on sale late this year. Prices start around $25,000. It might seem more warmed than hot based on our quick drive, but we’re eagerly anticipating getting our hands on one for a full battery of testing. 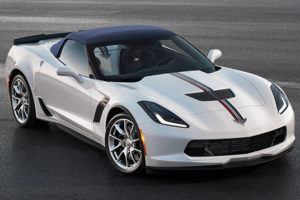 That’s based on the literally dozens of unsolicited comments just about everyone who came within earshot offered while...
Copyright 2017 CarFilia
Back to top