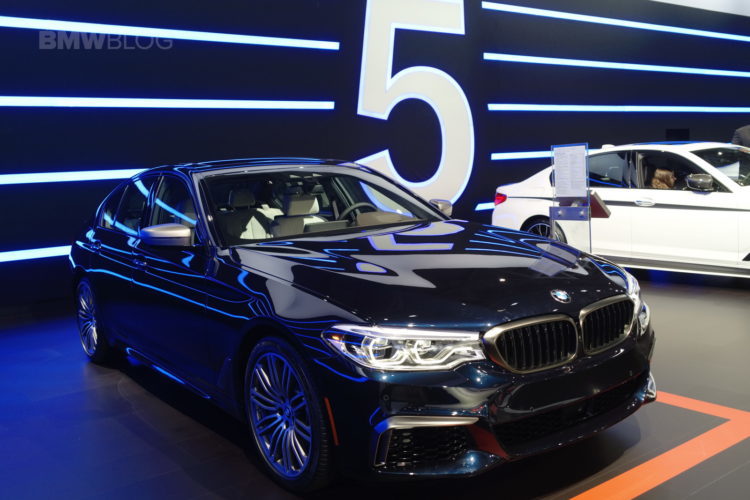 The speed limit just clicked from 120 km/h to unlimited, but the guy in the 10-year-old black Mercedes-Benz C-class diesel won’t get the hell out of my way. We’re heading westbound on the A8 autobahn, about 50 miles southeast of Munich. Spring is late, and the freezing rain hasn’t let up for days.

I’m driving a 2018 BMW M550i xDrive, and it wants to eat. BMW says it’s the quickest 5-series sedan of all time, even outaccelerating the F10-generation M5, which just ceased production.

I flick the high-beams again. The guy knows he should move over, he knows I have three times his horsepower, but he won’t budge. In Germany you expect lane discipline. This guy must be from Ohio.

In frustration I pull up tight to his tattered rear bumper. Finally, he begins to change lanes but first gives me a spray from his windshield washers in a final act of defiance. Maybe he’s from New Jersey.

The BMW’s Sport+ mode tightens the suspension, adds weight to its steering, and injects a serious dose of amphetamine into its powertrain. I engage it now and the throttle becomes hypersensitive, while the ZF eight-speed automatic transmission, which has been tuned more aggressively for this application, holds gears longer and shifts harder. Now the car feels alive. With far more force than is required, I introduce the M550i’s throttle pedal to its carpet. The automatic quickly drops to fourth gear and the twin-turbo 4.4-liter unleashes serious thrust along with a proper V-8 soundtrack.

That’s more than 140 mph. The car, as you would expect from a German sports sedan tweaked by M engineers and driven on a perfectly smooth stretch of autobahn, is rock steady even on the 18-inch Michelin winter tires fitted for the weather (and the law).

Not the Max M

M Performance models slide between the M Sport packages available on models such as the 340i and 540i and all-out M cars like the M3 and M5. This portfolio of vehicles began in 2012 and now includes seven models in the U.S. market, from the M240i coupe to the M760i.

Sixty miles per hour does come up quickly, but it seems likely that the more powerful M5 would eventually plant its tires and sail past the M550i before the quarter-mile is up. At full stomp, the eight-speed clicks off positive and satisfying gearchanges every few seconds, and it keeps the engine revs up and angry where you want them. Use the paddle shifters to downshift, and it matches revs with precision.

In Comfort mode—the default setting—the suspension is softer, the engine quieter, the steering lighter. In that mode, the eight-speed delivers creamy shifts and the M550i takes on a relaxed, luxurious vibe, although the engine is no less potent. Basically, it feels like a 7-series.

Since 2012, BMW has peddled 70,000 M Performance vehicles worldwide, 45 percent of which were delivered to buyers in the United States. Germany is only the third-largest market for these models, trailing Canada. The new M550i isn’t likely to be sitting around America’s showrooms, either. Despite a relative coldness inherent to modern BMWs, it’s a worthy addition to the portfolio. Now, about that M5 . . . 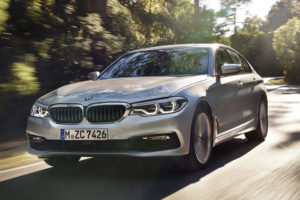 The Germans often stumbled during their first forays with plug-in hybrids. They were so fixated with not being the Toyota...
Copyright 2017 CarFilia
Back to top