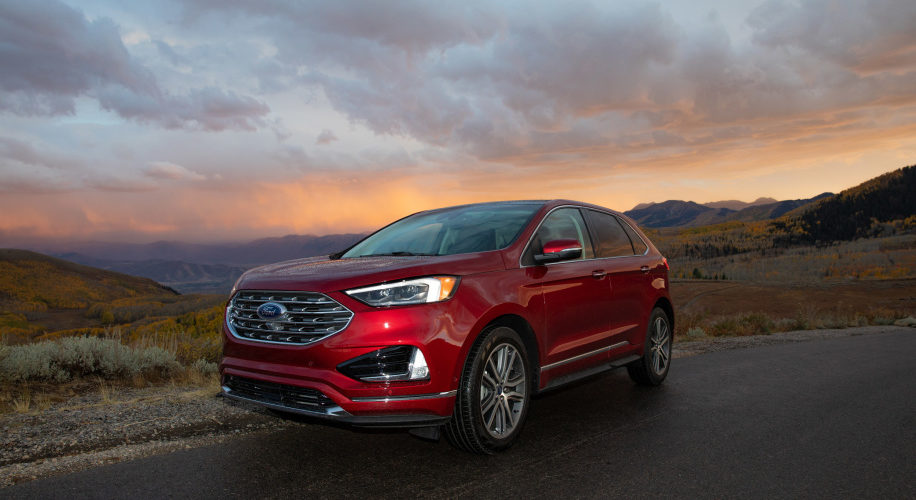 Months ago, Ford announced it was killing cars in the United States to focus on trucks and crossovers. If it’s going to make this business model work, the products it has left need to be highly compelling to a wide range of customers. There should theoretically be an SUV for everyone, from the EcoSport up to the Expedition. And right in the middle of that range is the refreshed 2019 Ford Edge, a five-passenger midsize crossover that’s also now available as the Ford Performance-tuned Edge ST.

As intrigued as we are by the ST, though, our tester on this day is the top-of-the-line Titanium trim with front-wheel drive. All-wheel drive is a $1,995 option. Features include LED lighting, a hands-free liftgate, dual-zone climate control, leather seats, a B&O Play audio system, a wireless charging pad, lane-keeping assist, forward collision warning with automatic emergency braking.

My expectations for Ford SUVs are never high, yet they always seem to exceed them. I went on the press launches for the last two Escapes and found I liked them both quite a bit. Sampling the Expedition went better than expected. I even found a thing or two to like about the confounding little EcoSport. The Edge was the same story.

I got in to drive it home, and put it into Sport mode. I was thoroughly surprised by the response. It held revs, and the engine excitedly jumped to life with a tap of the accelerator. I found I had to turn it off in traffic — it was just too jumpy for stop-and-go driving. Sport was a great way to dice through highway traffic, though.

The Edge also gave me my first opportunity to use wireless phone charging in a car. After my iPhone 7s self-destructed, I recently upgraded to the 8. I was surprised to see it begin to charge when I tucked it into the storage bin below the center stack. I didn’t know my phone, or this car, could do that. According to my calculations at the end of the drive, I was getting back about 1 percent of my battery every two minutes while I left it there. Technology is pretty great.

Other than that, though, I found the Edge to be a little forgettable. Still, it was better than I expected, especially when experienced through the right pedal.

Associate Editor, Joel Stocksdale: Once again, I’ve found myself won over by Ford’s EcoBoost engines. This Edge with the turbocharged 2.0-liter is, like the 2.7-liter F-150 we just had, all the crossover you need in the power department. It makes 250 horsepower and 280 pound-feet of torque, and it all feels a little more potent than the numbers suggest.

I also appreciated that it rides smoothly and quietly, while remaining pretty composed and willing to corner. However, the rest of the Edge is less impressive. 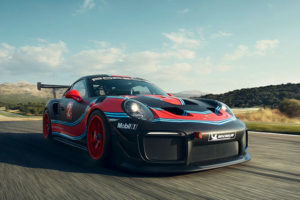 When TopGear.com spoke to Porsche Motorsport chief Frank-Steffen Walliser at the LA Auto Show, Walliser provided the primary...
Copyright 2017 CarFilia
Back to top