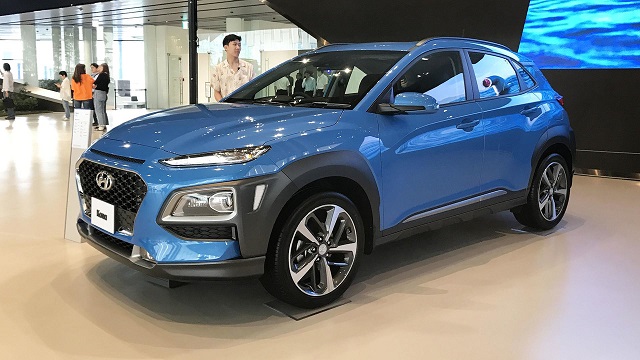 The results of last week’s United Nations climate study reveal that Earth’s climate situation is much more dire than previously thought. Unless we do something drastic to stop pumping carbon emissions into our atmosphere, we’ll do irreversible damage by 2030. It seems almost prophetic, then, that Hyundai is launching two vehicles — the hydrogen-powered Nexo FCV and an all-electric variant of the recently launched Kona crossover.

The more compelling of the two is the Hyundai Kona Electric. It joins other purely battery-powered machines such as the Nissan Leaf, the Chevy Bolt and the Tesla Model 3, but the Korean automaker one-ups the competition by arriving in the form of a crossover. Americans can’t get enough of them, and no other pure electric on the market offers it unless you’re talking about the $83,000 Tesla Model X. The Kona EV’s next closest competitor is the boxy electric Soul, and in case you didn’t know, Kia’s affiliate company is none other than Hyundai.

nside, more differences serve to remind you that you’re sitting not just at the helm of a crossover, but a shuttle to the future. An array of PRND buttons and an electronic parking brake await your instructions. Neither seemed necessary nor an improvement over the Kona classic’s tried-and-true gear selector and handbrake, but there they were. The e-e-brake perhaps does permit the double-decker center console, though, the lower level meant for gadget recharging, whether via USB or Qi wireless.

Also unique to the Kona Electric is a nicely designed three-tone light gray interior with silver trim. The materials don’t seem to be the most durable; the skin of the steering wheel in our tester, for example, was visibly lumpy, but the lightness swathes the cabin in a newfound serenity befitting of its Hawaiian island namesake.

To wean drivers off of fossil fuels, though, an EV can’t compromise too much when compared with similar gasoline-imbibing cars. Here, the Kona Electric shines. Click the D button, and the car gets moving with a pleasant, high-tech hum. It exists at low speed primarily to warn pedestrians that a silent machine is on the prowl, but also happens to be exactly the type of thrum you’d expect a Lucasfilm sound engineer to conjure for some kind of futuristic hovercraft.

Additionally, the Kona comes with much of the safety tech one has come to expect on modern machinery. Adaptive cruise control, blind-spot monitoring and forward collision, lane keeping, and rear cross-traffic assist all come standard. Hyundai has not yet said anything about pricing but expect an announcement closer to launch. 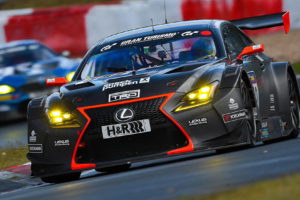 Lexus and 3GT Racing competed in the Motul Petit Le Mans at Road Atlanta on Saturday. The 10-hour endurance event closed...
Copyright 2017 CarFilia
Back to top