2019 Nissan Altima-Te Awd: What It’s Like To Drive An Altima On Tracks 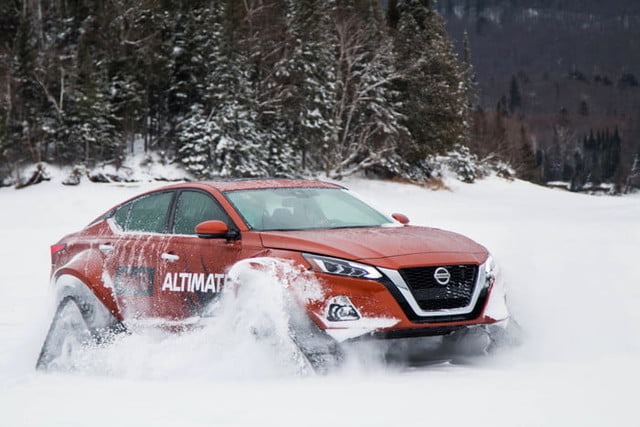 All-wheel drive comes to the Nissan Altima with the model’s 2019 redesign, and while that’s big news for the U.S. market, it’s an even bigger deal in the Great White North, where all Altimas are so equipped. To herald the news, Nissan had built what it calls the Altima-TE, an AWD Altima outfitted with snow tracks, and we recently had a chance to drive it. “Altimate” … get it?

The tracks are 30 inches tall, and although the car’s standard suspension travel is retained, the tracks necessitated raising the ride height by three inches. It’s not unlike the Nissan “370Zki” we drove in February of last year, in concept if not execution. The result is a big climb up to get in, but once inside, the interior is standard Altima. The powertrain is unmodified, which means even this AWD Altima sends 100 percent of its torque to the front wheels — er, tracks — unless it detects slippage (which seems unlikely in this application).

The winding trails we drove were hardpacked snow, and we got the Altima-TE up to about 40 mph — we’re told Nissan has had it up to 60 mph or so. There’s tremendous roar and vibration when the vehicle starts off. Get going a little faster, though, and there’s still tremendous roar but the vibration mostly disappears, and the Altima-TE starts to drive (almost) like a normal car. But it’s a normal car in which one needs to initiate turns earlier, due to the response of the snow tracks. And it’s also one in which steering lock is hyper-restricted, so backing up and turning 90 degrees into a parking space is a multi-point maneuver.

Really, though, the hardest part of driving this beast was resisting the urge to bust through the five-foot snowbanks lining the trail and heading out into the deep powder. That would be the ultimate Altima-TE experience. 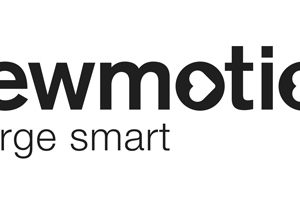 NewMotion is the first in the industry to have reached more than 100,000 charge points in its roaming charging network in Europe....
Copyright 2017 CarFilia
Back to top