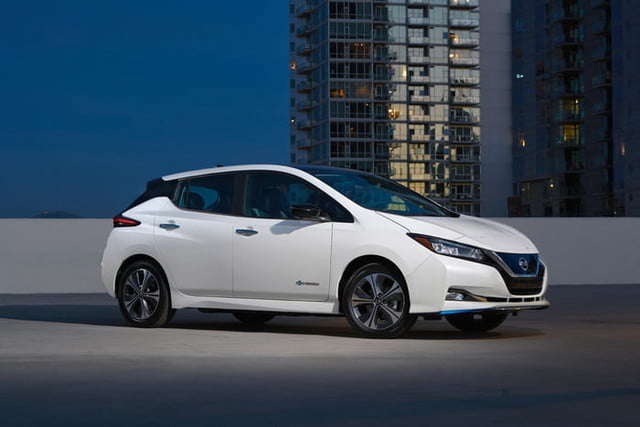 Nissan revealed the Leaf e+ at the 2019 Consumer Electronics Show earlier this month. A range of 226 miles was, and still is, touted as the main selling point over the normal Leaf. It appears the base level S trim is the only Leaf with that much range, though. Ponying up for the SV and SL trims will end up netting you an EPA-estimated 215 miles each. That’s an 11 mile drop, one Nissan said is “mostly due to weight differences” when we asked.

How much weight you ask? Here are the trims, weights and ranges laid out for you:

So in adding 31 pounds, the Leaf loses 11 miles of range. Add another 42 pounds, and the Leaf doesn’t lose any more EPA-estimated range. Something isn’t adding up here. If the difference is “mostly due” to weight, then why isn’t the SL rated even worse than the SV? Maybe Nissan’s explanation for range loss via weight doesn’t tell the whole story — they did use the less-than-definitive word of “mostly,” after all. We decided to take a look at the equipment included on each trim level to see if the culprit was hiding in plain sight.

Jumping off the page straight away is the 17-inch aluminum-alloy wheel and tire package you get on the SV and SL trims. The base S trim comes with 16-inch steel wheels. Not only are they different sizes, but the tires themselves come from different manufacturers. The 16-inchers on the S are shod in 205/55/16 Bridgestone Ecopia rubber, while SV and SL use 215/50/17 Michelin Energy Saver A/S tires. This means different tread design and possibly a variance between the compounds, all which have an effect on rolling resistance. Could the weight, aerodynamic drag and rolling resistance affect efficiency so greatly? It sure seems a likely explanation.

Other equipment changes amongst the trim levels don’t exactly explain such a large difference in efficiency. The SV gets foglights, a leather steering wheel and some electronic niceties like Android Auto and Apple CarPlay. Much of the extra weight comes into play on the SL trim, where the manual driver’s seat is swapped for a six-way power seat and leather trimmings all around. A Bose seven-speaker audio system, rear heater ducts and hybrid heater system could also be responsible for some extra weight. Other bits and bobbles account for all 73 pounds extra in the SL over the S, but the larger wheels and tires loom large over everything.

The Leaf isn’t unique to this circumstance of equipment causing differences in efficiency between trim levels of the same car. Nor is it even an electric-only kind of issue. Swap 20-inch wheels for stock 17s on your car and there will surely be a measurable difference in performance, efficiency and ride, as well. Same goes for if you try same-size tires from different manufacturers. What the difference will be, though, is hard to say without testing them side-by-side, and we suspect real-world testing would show some slight variance in range between the SV and SL, too. We still can’t say with 100 percent certainty that the 17-inch wheels and tires on the Leaf e+ are the main culprit. All other things considered, though, it’s tough to see it any other way. 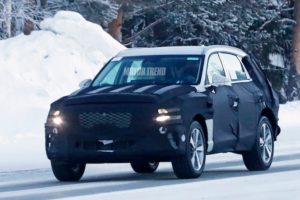 Genesis is in dire need of an SUV to compete in the luxury game. All of its competitors are pumping them out now, but this...
Copyright 2017 CarFilia
Back to top