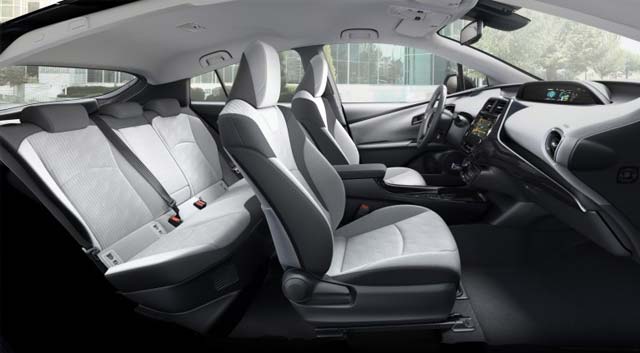 The Toyota Prius is the world’s original hybrid car, with a heritage of leadership in high-tech innovation that spans more than 20 years.

Now, European division of Toyota has announced that the Prius Plug-In Hybrid has been revised for the 2019MY, adding some new gear and retaining the rest of the functions available in its predecessor.

The 2019 Prius Plug-in Hybrid offers customers with two cars in one; a sophisticated full hybrid powertrain achieving ultra-low emissions of 1,3 l/100km and 28g/km CO2  (WLTP cycle) while at the same time offering a real, all-electric EV driving experience with an EV range up to 45 km in real-life with a max EV speed of 135 km/h.

The ultra-low emissions and specific EV driving capabilities of the Prius Plug-in comes from cutting-edge technologies unique in Toyota’s model line-up. The Prius Plug-in is equipped with a heat pump, which utilises heat from the air outside of the car, resulting in an increased level of efficiency compared to traditional heaters which generate heat from the engine or to power electric heaters.

In addition, during charging, the battery warming system will warm the cells to an efficient working temperature, this ensures that both battery power and efficiency are maintained at a sufficient level to minimise the impact of cold weather on EV driving range.

Finally, the large solar panel, which generates electricity to charge the hybrid system battery still remains unique in the segment. Depending on weather conditions, solar charging can increase the EV driving range by up to 5 km per day, equating to some 1,000 km of all-electric driving per annum <200 days/year>. Since its launch in Sep ‘16, over 1,700 Prius Plug-in hybrid have been sold with solar panel, which now represents roughly 1,700,000 km per annum generated by the sun.

The New Prius Plug-in Hybrid has much improved functionality, now includes seating for 5 passengers, changing from the rear two-seat configuration to a third middle seat, whilst delivering high levels of comfort.

In addition to improvements to the seating capacity, the New Prius Plug-in Hybrid levelled-up the trim execution with all black interior accents replacing the white accents. The use of a new fabric also offers a higher sensory quality feel to the interior.

Besides all to these interior improvements, the exterior has been upgraded. The new Prius Plug-in Hybrid will be available in a new metallic black colour ‘galaxy black’ and  new 17’’ alloy wheels will now be offered as an option. 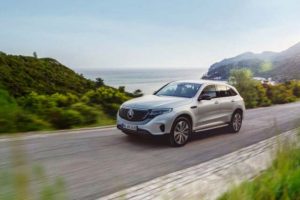 It’s time for the all-new Mercedes-Benz EQC 400 to be reviewed by the Fully Charged’s presenter Robert Llewellyn. The...
Copyright 2017 CarFilia
Back to top