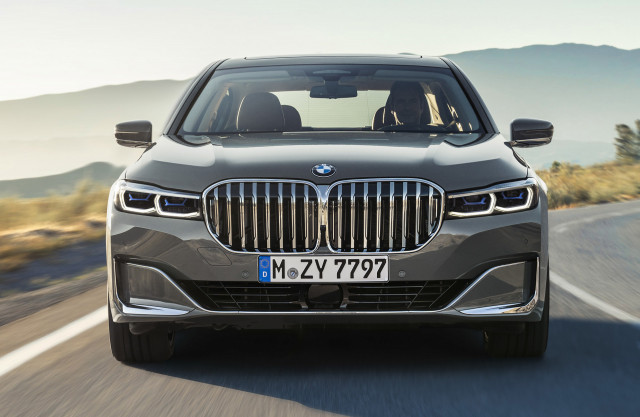 Need another sign SUVs are calling the shots these days? BMW’s 7 Series flagship sedan is adopting design cues from the brand-new X7, BMW’s massive three-row sport utility vehicle. BMW unveiled the refreshed 2020 7 Series with numerous design changes, an upgraded V8 powertrain, and a new six-cylinder PHEV, among several upgrades throughout the car. And yes, it has a big nose.

The most notable and outward shift is the adoption of a larger kidney grille, 40 percent bigger to be exact, according to BMW. It strongly resembles the big-dog X7’s front fascia, a design certain people thought was even too big for an SUV. Now it’s on a sedan, although BMW does say the front end is two inches taller at its highest point compared to the 2019 model.

More important, the 7 Series receives major changes to its powertrain lineup. In addition to improvements to the eight-speed automatic transmission and the xDrive all-wheel-drive system, the 7 Series lineup becomes more powerful and more eco-friendly.

BMW says the 745e will have an improved lithium-ion battery pack with a 12.0 kWh (10.4 kWh net) capacity compared to the old model’s 9.2 kWh. BMW did not yet mention how far the 745e could travel on electric-only power.

The kidney grille isn’t the only design nip on the 2020 7 Series. Although the car as a whole looks similar, subtle changes keep it current and up-to-date.

The rear underwent similar alterations. The tailpipes are wider, the taillights are slimmer, and the 2020 7 Series now has a light bar that stretches across the tail. Completing the look, 740i and 745e models will sit on standard 18-inch wheels, 750i models have standard 19-inch wheels, and the M760i will have 20-inch wheels as standard.

As of this announcement, pricing has not been announced, but we expect it to relatively line up with what was set on the previous model with modest increases. Ultra-luxury fans will be able to first get their hands on the new 7 Series when it launches into the market in April 2019. 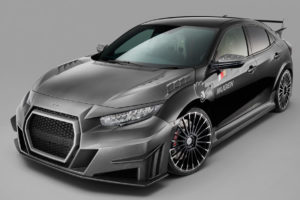 Japanese tuner Mugen is famous for creating some of the coolest versions of Hondas, and for developing performance parts...
Copyright 2017 CarFilia
Back to top