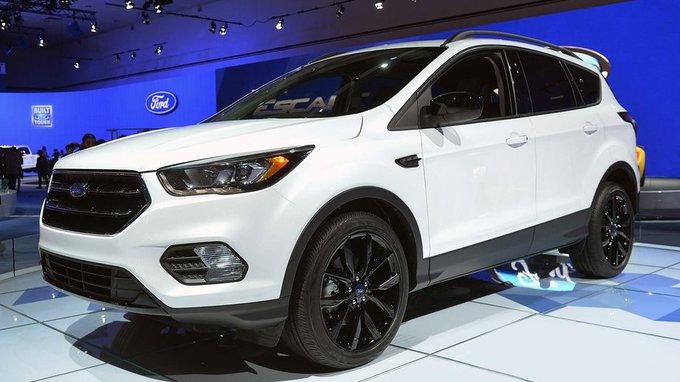 It’s been quite a while since we’ve seen the next-gen Ford Escape rolling around on public roads. The new Ford Explorer is set to make its debut in just over a week, so most of the prototypes we’ve seen have been of the Escape’s big brother (you can see an Explorer ST lurking in the background of these photos). Today, it seems we have our best look yet at the new midsize crossover, and it looks a hell of a lot like the new Ford Focus that we won’t get in America.

The 2020 Escape adopts a softer, cleaner design. As far as we can tell through the camouflage, there are fewer hard edges all around. There’s also a lot of Focus Active in the design, too. The new grille mirrors that of the 2020 Focus — no surprise as the two models have historically shared similar styling. The black grille reminds us of Ford’s Sport and ST trims, though the rest of the prototype doesn’t seem very sporty. There’s still plenty of black plastic cladding, and the wheels are smaller than what you would find on an ST model. Out back, the rear window seems to have a sharper rake than before. It makes for a slick profile, but we wonder how much that will cut into rear cargo space.

It’s unclear when we’ll see the new Escape, but expect a reveal sometime this year. The third-gen Escape has been on sale since 2013 and feels dated compared to competitors like the Toyota Rav4 and Honda CR-V. In the meantime, take a look at the interior of the fourth-gen model. 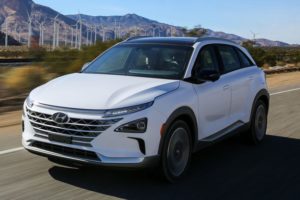 Hyundai's multiple-pronged approach to electrification is helping the automaker to cover its bases as we move away from carbon-emitting...
Copyright 2017 CarFilia
Back to top