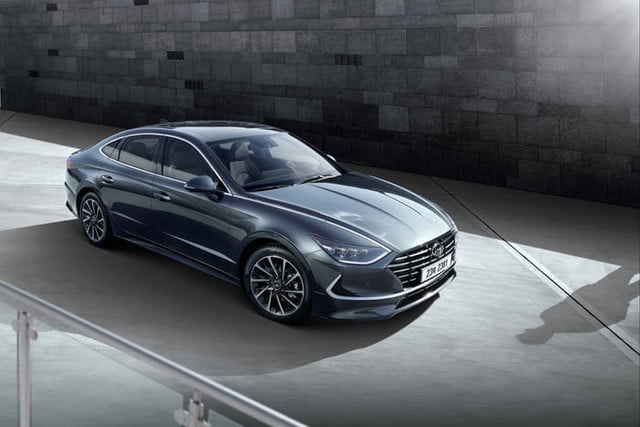 Hyundai once again wants to leave its mark on the automotive design landscape. Just as it did with the sixth-generation 2011 Hyundai Sonata, which introduced the brand’s characteristic “fluidic sculpture” design language, Hyundai is making waves with the fully redesigned 2020 Sonata. The look is definitely bolder than the sedan it replaces. But is it better? We think the answer is a resounding yes, but let’s take a look at the new Sonata against the outgoing model anyway.

Aside from the vaguely similar grille shapes, there’s very little to compare up front. The 2020 model’s front end looks significantly lower compared to the previous seventh-generation car. Part of the Sonata’s low-slung appearance could be a clever illusion, but Hyundai does say it lowered the front end by 1.4 inches compared to the last model.

Looking at the Sonata from the profile view, you can see a lot of thought went into the car’s proportions. Designers shifted the passenger compartment farther back, decreased the front overhang, and increased the rear overhang to simulate a rear-drive car’s cab-rearward look. Then, you’ll notice the main character line, which connects the headlights to the taillights and helps accentuate the new Sonata’s curves.

Moving on to the rear, your eyes are drawn to the new C-shaped taillights, which at first look like they were ripped right off the Honda Civic. But there’s a full-width LED bar that joins them together to give the Sonata its own identity. The trunk lid keeps the molded ducktail spoiler of the previous generation, but here it looks even more pronounced.

The 2020 Hyundai Sonata’s interior has improved so much, there really isn’t any point going over the differences. Just look at them side by side. Not only is the design a big step up from the dull, anonymous look of the past model, but the material quality also rises several notches. And perhaps most importantly for rear passengers, Hyundai made the Sonata’s rear seats more spacious. 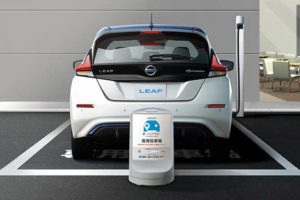 Nissan Motor Co., Ltd. has completed the previously announced sale of its electric battery operations and production facilities...
Copyright 2017 CarFilia
Back to top