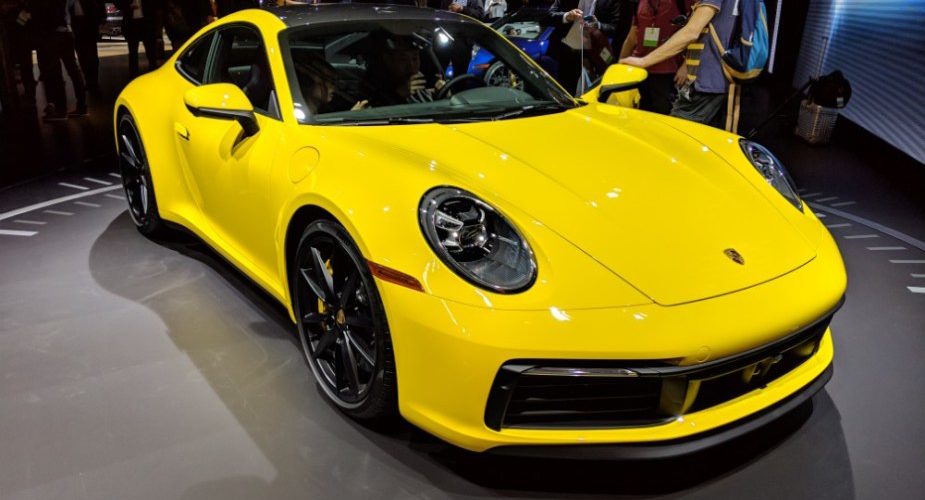 Every new 911 presents a potential existential threat to Porsche purists, and the eighth-generation Porsche 911 is no exception. Has the 2020 model lost the quirks that define its inherent 911-ness? Is the legendary sports car evolving into anonymity? Those questions loom large, and despite its familiar shape I’m intensely curious about the answers I’ll discover.

Externally at least, the new 911 looks bigger than its predecessor. But those looks are somewhat deceiving. While the wheelbase remains the same, the outsized presence comes from a widebody setup shared, for the first time, with both rear- and all-wheel drive cars. Its swollen rear haunches and wider front axle create a Coke bottle form last seen in the 993-generation 911 produced between 1995 and 1998. It’s also the first 911 with staggered-diameter front and rear wheels, sporting 20 and 21-inch rims wrapped in 245mm and 305mm Pirelli PZero rubber. The stance is more purposeful and poised, and its bodywork flows smoothly throughout.

Porschephiles already dissecting the new model’s departures from tradition will likely catch a not-so-subtle change in the cabin architecture. The dashboard panel, which previously featured a vertical arrangement of binnacles and controls, returns to a more traditional shape that recalls the wing-like structure from pre-996 era cars. It’s an elegant look, making the cabin feel at once spacious and streamlined. A thin strip of upward-facing real estate can be trimmed in materials like leather, carbon fiber, or wood (which, unlike most modern implementations, doesn’t feel forced or anachronistic).

Switchgear has also been modified, pairing a simpler interface with a big 10.9-inch touchscreen and five knurled toggles that activate with satisfying clicks. Thankfully the 911 avoids the glass panel haptic setup in the Panamera, retaining the physical feeling of buttons and dials while avoiding the silliness of HVAC vents operated via an electronic menu. The big, analog tach remains (albeit subtly redesigned), flanked now by unobtrusive digital screens. Oh, and those flat panels next to the new 8-speed PDK’s shifter are simply saving space for the manual transmission that arrives later this year. Purists, you can exhale now.

For starters, while some of the mass is related to its camera-based assistance system or the standard-for-now PDK, the rest comes from accommodations for a future electrified 911 variant. There’s an electric brake booster, for example, and a heavier and larger bell housing to make room for an electric motor down the road. Thus, some of this mass is to aid drivetrain flexibility in the future, but it comes at the cost of ultimate weight savings in the present. Consider it a crucial part of building a viable future for the unmistakable sports car that built the Porsche brand, even though a spokesperson told me that a hybrid 911 is not necessarily a guaranteed part of the product plan.

For now, the new 911 fulfills its mission as a highly competent and comfortable sports car that exhibits remarkable road manners, an outstanding chassis, and enough power to hang with more exotic offerings from certain unnamed Italian manufacturers. Progress may be a slippery slope when it comes to icons, but it’s safe to say that Porsche is future-proofing the 911 in the most level-headed way possible: through steady, measured improvement, and a willingness to embrace whatever it takes to stay relevant. 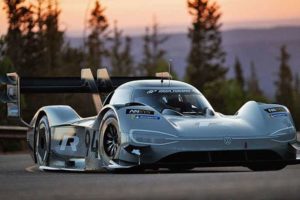 The Volkswagen I.D. R is coming to the Nurburgring to set another record. Just last year, the electric VW race car demolished...
Copyright 2017 CarFilia
Back to top