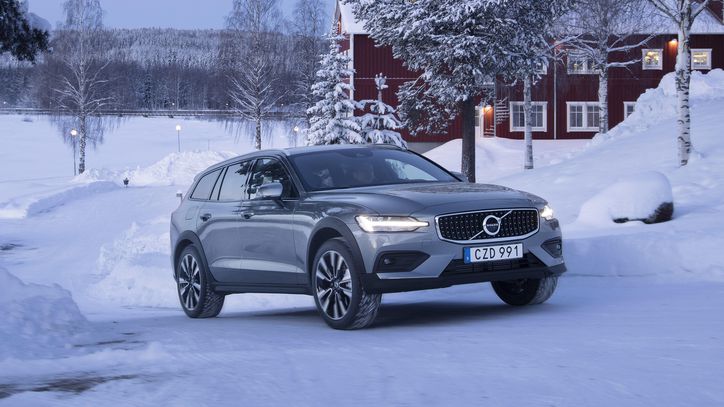 The trees are white, and the sky is pink. It turns out the top of our planet looks like a different planet. I’m driving the 2020 Volvo V60 Cross Country near Luleå, Sweden’s northernmost habitation fairly called a city. It’s 99 miles south of the Arctic circle, 80 miles from Finland, and its name rhymes with Coolio. The temperature reads -13 F, which’ll freeze the inside of your nose in seconds, but is actually warmer than it was in Chicago and Detroit the same week.

Despite these literally polar conditions, owning a hardcore vehicle doesn’t seem to be necessary. Snow tires sure are, and preferably something studded like the Michelin XI rubber fitted to our Cross Country, but this isn’t an Iceland-like moonscape best suited to Land Cruisers. There are front-drive Volkswagens aplenty, old Subarus and, not surprisingly, an abundance of Volvos. Many have three gigantic auxiliary lights bolted in front of their grilles.

The view ahead turns bright white, not by some divine passage, but rather those LEDs reflecting off the world’s fluffiest white snow blasting forth by the Cross Country. Had someone been standing there with a camera, it would’ve been majestic. As it is, though, we’re undamaged but absolutely stuck and listing 40 degrees to starboard. That ditch worth of fluffy powder managed to stop us (I have to imagine my hard braking did zilch) and there was nothing damaging lurking below.

Putting the steering into its sportiest setting (through either Dynamic or Individual mode) adds a welcome bit of extra weight that’s not only beneficial for aggressive driving, but in icy conditions, it lent extra information and therefore confidence. For all the good it did me.

hey really aren’t missed, as the T5 is a perfectly competitive engine for the segment. The Cross Country’s closest competitor, the Audi A4 Allroad, produces 248 hp and 278 lb-ft, while achieving an EPA-estimated 25 mpg combined. That’s exactly what the outgoing V60 Cross Country and its similar T5 powertrain achieved.

The sharp crease of its rear “shoulders”; the tasteful size of its grille and LED signature lighting; the fender flares that appear purposeful rather than tacked-on. The XC60 has similar elements to be sure, but to these eyes, the Cross Country is better proportioned, with a certain cool factor. It’s enough to take time to stand back and admire — even if it’s minus 25 and you’re waiting for the safety car. 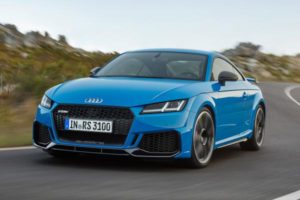 Audi didn't make many changes to its formula for the second-gen 2020 TT RS coupe and roadster. Nor did the German carmaker...
Copyright 2017 CarFilia
Back to top