2022 Jeep Grand Wagoneer: Here’s What We Think It Will Look Like 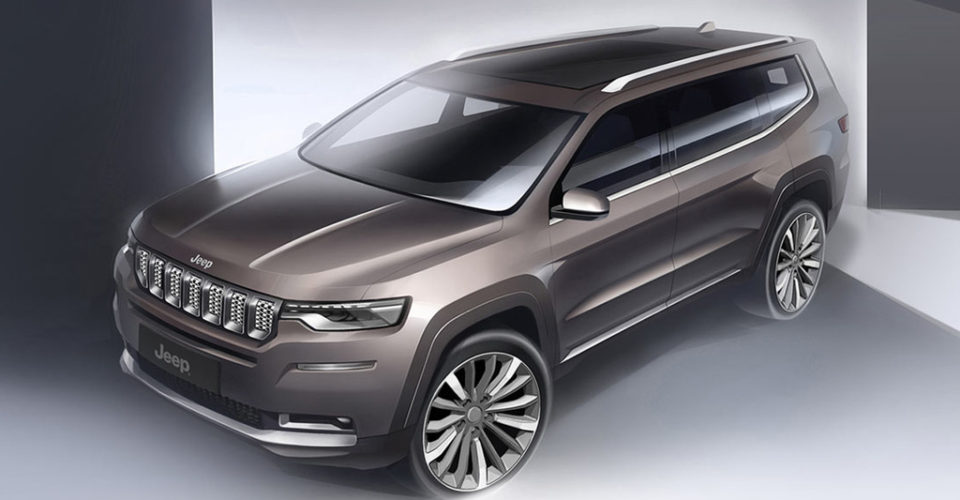 Jeep has bolstered its lineup with a pickup truck and more crossover offerings, but one product that has been sorely missing from the range is a three-row SUV.

Soon, FCA will remedy that by bringing back the Wagoneer and Grand Wagoneer nameplates for two SUVs slotting above the Grand Cherokee. Jeep has kept details on the upcoming large SUVs close to the chest, including what they will look like—but we can guess. These renderings could give you an idea what the real-deal Wagoneer and Grand Wagoneer will look like when they arrive in a couple years.

Though the SUV’s overall shape is reminiscent of the Grand Cherokee, the Wagoneer is expected to be body-on-frame, sharing components with the Ram 1500. We’ve spied unusual Ram prototypes testing nearby that we believe to be mules for the Wagoneer. In some photos you can barely make out the truck’s rear independent suspension. Swapping the Ram’s rear live axle out for an independent setup should grant more passenger space in the third row. The Wagoneer and Grand Wagoneer will be built at FCA’s Warren Truck Assembly Plant in Michigan, alongside the new Ram HD.

Our rendering draws heavily from the Jeep Yuntu concept, which was shown a couple years back at the Shanghai auto show. That concept eventually became the Grand Commander, a seven-seat crossover that will only be sold in China. Still, many of the Yuntu’s styling elements could influence the design of the truck-based Jeep Wagoneer.

One thing we know the two will have in common is a plug-in hybrid drivetrain. In its five-year plan, FCA revealed that the Wagoneer and Grand Wagoneer would get plug-in hybrid variants. As for other engine options, the Wagoneer could share some of its powertrains with the Ram 1500. Likely candidates include the 3.6-liter Pentastar V-6 and 5.7-liter Hemi V-8, possibly with eTorque mild hybrid assistance. The Wagoneer siblings could also get the latest version of the 3.0-liter EcoDiesel V-6, which packs 260 hp and 480 lb-ft of torque.

Karma GT Designed By Pininfarina To Make US Debut In Monterey

Tesla reported a net loss of $408 million in the second quarter of 2019, the automaker revealed in its quarterly earnings...
Copyright 2017 CarFilia
Back to top