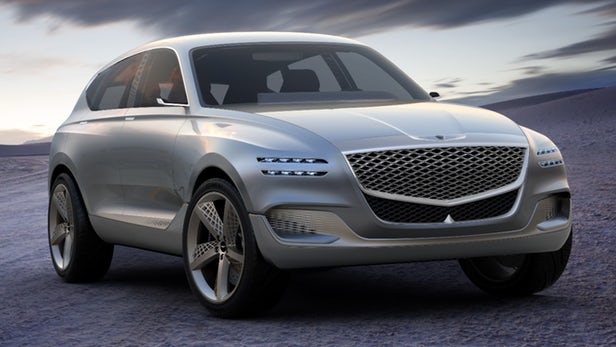 Genesis shows the face of its expansion with the GV80 concept that provides our first look at what a SUV from the new brand will look like.

And now we also know how Genesis, which has only spawned sedans to date,will name its crossovers. All utility vehicles will start with “GV” followed by a number to denote their size. Sedans start with a G. The G is for Genesis, and the V is to differentiate the vehicle as a crossover.

The Genesis SUV concept was unveiled at the New York auto show. All future Genesis vehicles will make their debut in New York, said Manfred Fitzgerald, head of the Genesis brand that promises six vehicles including sedans, SUVs, and a coupe on three new dedicated platforms by 2021.

He said the GV80 concept is close to a production version coming in about two years.

The concept is a midsize, rear-wheel-drive crossover with a plug-in hydrogen fuel cell powertrain to run on electricity.

The SUV has the diamond-mesh Genesis grille and new headlamps the automaker calls “quadlamps” and which will also be a signature of the brand.

The goal was a clean, simple, and sculpted look, said Peter Schreyer, who leads the design of Hyundai, Kia, and now Genesis. There are textured and perforated surfaces—a deviation on the gills of the New York concept sedan shown in 2016—to give the vehicle a lightweight look, he said.

The basic silhouette and layout will go into production. The latticework on the side pillars will not. The headlamp units will lose about half the lamps from the show car, but the wide-set look will remain the same. The door handles, flush to the vehicle, can go into production, but the concept’s side mirrors cannot. The 23-inch mesh alloy wheels are also for the show car.

Inside, the instrument panel stretches the length of the vehicle with a 22-inch curved display that cascades into the driver’s cluster which has a classic speedometer. The leather interior has quilted diamond stitching on the interior door panels, seat inserts, and center console.

The first all-new Genesis, on a dedicated platform, was the 2017 G90 full-size flagship sedan that replaced the outgoing 2016 Hyundai Equus.

Other Genesis vehicles in the works include the Genesis G70 near-luxury compact sedan designed to compete against the BMW 3 Series when it comes out in the first quarter of 2018 on a new dedicated platform. The architecture will include an SUV, which we assume will be called the GV70. And plans call for a new coupe, replacing the one that was discontinued after the 2016 model year.

Most of the lineup will have the new 3.3-liter twin-turbo V-6 developed exclusively for the Genesis brand. The automaker is also developing a four-cylinder diesel engine to launch the G90 in Europe in a few years when the engine is ready.

And while there are no immediate plans for hybrids or electric Genesis vehicles, it is an area the brand is working on. 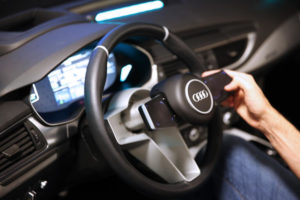 You’ve probably heard it many times before, but when you speak a little of the native language in the foreign country you visit,...
Copyright 2017 CarFilia
Back to top