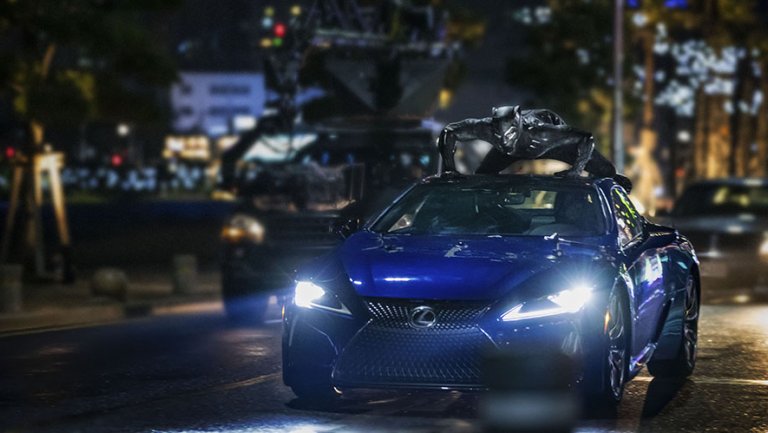 As announced earlier this month, Lexus will once again be participating in advertising’s biggest day of the year with a commercial in Super Bowl LII on Sunday, February 4.

Today, the brand has released a 60-second extended digital version of the ad, which was created in partnership with Marvel Studios’ highly anticipated film “Black Panther,” opening in U.S. theaters February 16. The spot, “Long Live the King,” pairs the flagship luxury performance sedan 2018 Lexus LS 500 F SPORT with the Black Panther, played by Chadwick Boseman, and can be viewed here. A 30-second version of the ad will air during the third quarter of the Super Bowl.

The high-impact story in “Long Live the King” revolves around the character of T’Challa in his role as Black Panther recovering stolen vibranium, the mythical ore found only in the Black Panther’s home of Wakanda, and his nearly simultaneous need to represent his country as king at a world leadership conference.

The Lexus LS 500 F SPORT is the only vehicle both powerful and luxurious enough to keep pace with a Super Hero and escort a king. With appearances by the country’s elite bodyguards, the Dora Milaje, and unexpected help from Wakanda, “Long Live the King” will engage fans of the Super Bowl and “Black Panther” alike. The Lexus LC 500 luxury performance coupe used in the film also has a cameo.

“Long Live the King,” directed by Samuel Bayer, incorporates actual footage from the film—notably, of Letitia Wright as T’Challa’s sister, Shuri—and features many of the film’s actors, including the Dora Milaje team of Wakandan special forces: Janeshia Adams-Ginyard, Marija Abney and Zola Williams. The ad was shot using only original costumes and gear from the film, including the Black Panther/King T’Challa outfits, Dora Milaje battle suits and vibranium canisters.

Even the film’s fight choreographer, Jonathan (JoJo) Eusebio, was engaged to stage the spot’s fight scene. It features VFX work by Luma, the studio who created Black Panther’s suit FX for the film. The ad was shot in downtown L.A. at night using a custom lighting unit. 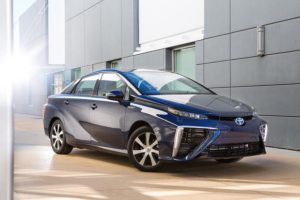 Move over polluters, the Toyota Mirai, one of the world’s first mass-produced hydrogen fuel cell electric vehicles, has surpassed...
Copyright 2017 CarFilia
Back to top