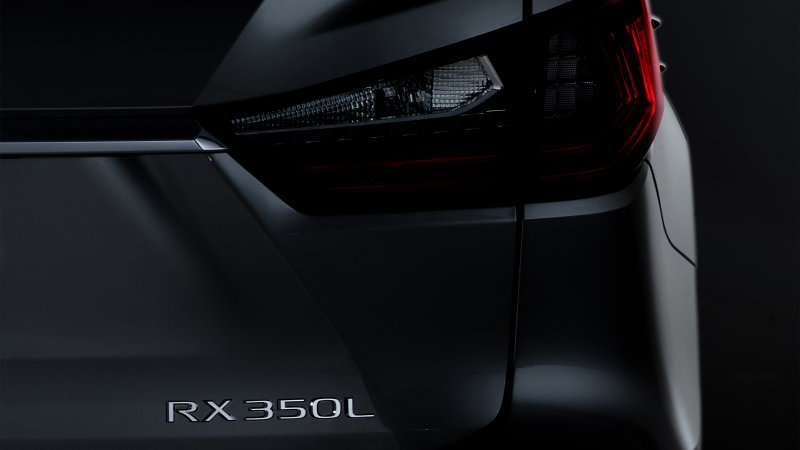 It’s been nearly a year and a half since we heard Lexus would introduce a three-row RX crossover, and now it’s finally materializing. The crossover will make its debut at the L.A. Auto Show with the name of RX L.

Lexus will offer it with two different powertrains and individual designations for each. The basic version is the RX 350L, which we presume will use the same 3.5-liter V6 with 295 horsepower and 267 pound-feet of torque as the two-row model. The other is a hybrid called the RX 450hL. We also expect this to use the same 308-horsepower hybrid powertrain as the short RX hybrid. Toyota hasn’t revealed any other details about the crossover aside from the teaser photo shown above. The full reveal happens on November 29, when we should have more photos and information.

This bigger RX is an important vehicle for Lexus, too. Currently, the only way to get a Lexus with three rows of seats is to get a GX 460 or LX 570. Both of these are based on traditional, body-on-frame, V8-powered SUVs, the Land Cruiser Prado and Land Cruiser respectively. As such, they could be a turn-off for someone that wants the car-like driving and better fuel economy of the RX, but needs that extra level of practicality. The RX L bridges that gap, and could be a big sales success for the brand. 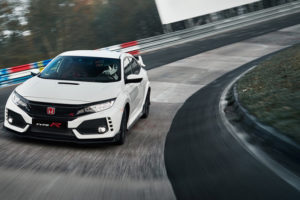 Among hot hatchbacks, the Ford Focus RS and Volkswagen Golf R both embrace all-wheel drive, but Honda took a different route...
Copyright 2017 CarFilia
Back to top