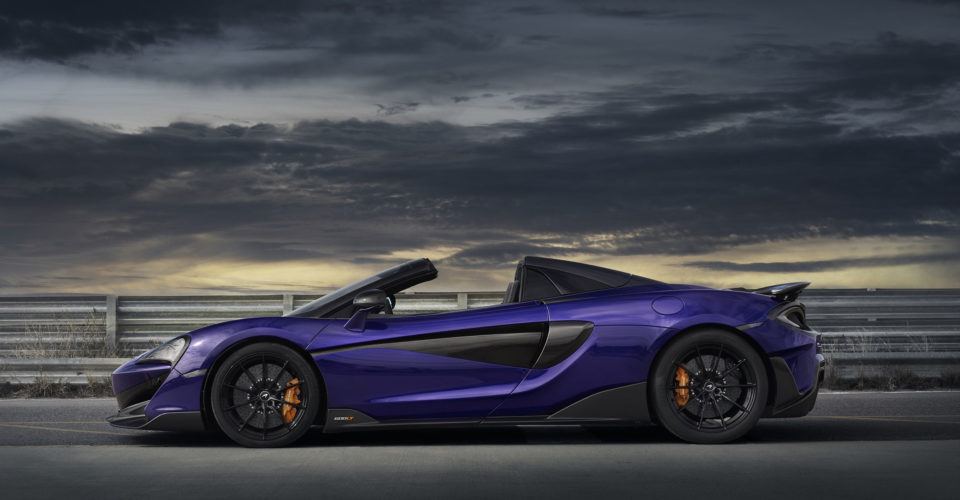 Expectations were high as I strapped myself into the driver’s seat of the 2020 McLaren 600LT Spider. The spec sheet looked promising: a twin-turbo 3.8-liter V8 producing 592 horsepower and 457 pound-feet of torque, a seven-speed dual-clutch transmission and a lightweight carbon fiber monocoque chassis. Plus, the 600LT’s sinewy composite bodywork looks equally great in the real world.

But it wasn’t until I was connecting apexes and hitting curbs through the kinks that make up turns 14 and 15 at Arizona Motorsports Park just outside of Phoenix that the 600LT Spider seriously started to stand out even when judged against the other supercars in McLaren’s current lineup. To borrow a well-worn phrase, the McLaren 600LT Spider is more than the sum of its parts. It was designed in such a way that all of its bits and pieces harmoniously work together to create what may be the single best buy in the entire supercar realm.

McLaren divides its street cars into three categories: Sport Series, Super Series, and Ultimate Series. The LT designation, which stands for Longtail and memorializes the collectible F1 Longtail of the 1990s, is affixed to higher-end, track-focused machinery.

With the top up, the McLaren 600LT Spider feels just like the coupe. The electrically powered roof is composed of three pieces that can raise or lower in less than 20 seconds and can be activated at up to 25 mph. At speed, the hardtop does a good job of keeping the cabin relatively quiet, and conversations can easily be had on the highway.

Top down, there’s less wind buffeting and a greater feeling of spaciousness than in the Lamborghini Huracan Spyder. A power-operated rear window is a great feature that can further cut down on wind intrusion, or retract fully in order to let as much of the engine’s soundtrack into the cabin as possible. And thanks to exhaust pipes that exit through the top of the engine cover, there’s plenty of sound just aft of the driver’s seat waiting to be enjoyed. I left the top and rear window down most of the time despite the unseasonably cool temperatures in and around Phoenix.

Are supercar buyers basing their purchase decisions primarily on price? No, probably not. But the fact that we’re splitting hairs between the 600LT Spider and the Huracan Performante Spyder, which is itself a track-bred supercar benchmark, proves just how impressive McLaren’s newest model is. And just think of how many sets of the car’s bespoke Pirello P Zero Trofeo R tires that $50,000 difference can buy. Because if you use the McLaren 600LT Spider as it’s meant to be used, you’re gonna need ’em. 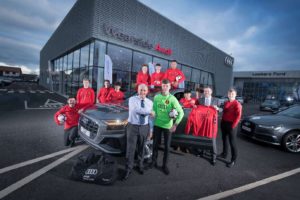 Wearside Audi are helping to give a local football team a kick start by providing their new football kits as well as contributing...
Copyright 2017 CarFilia
Back to top