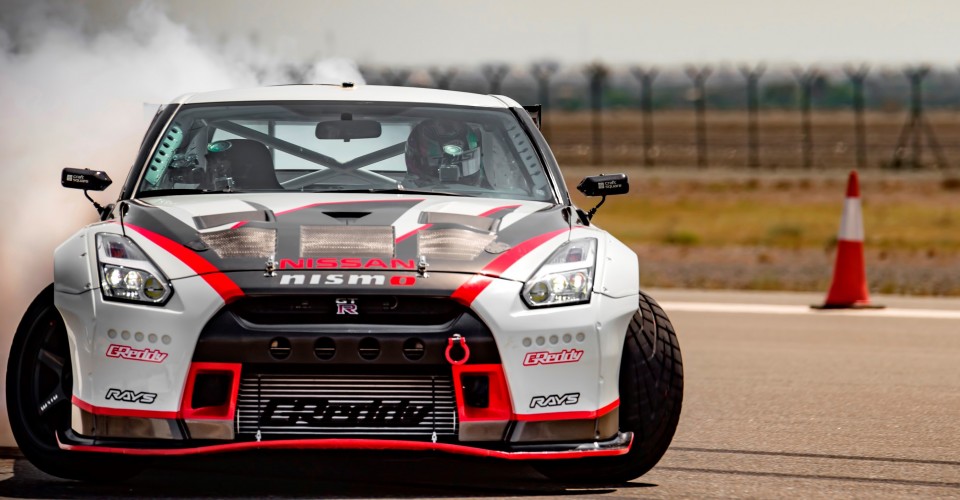 Nissan has set the GUINNESS WORLD RECORDS title for the fastest ever drift. The record was broken with a speed of 304.96 km/hr and 30 degrees angle using a specially-tuned MY16 Nissan GT-R.  Masato Kawabata, the Japanese drift champion and title holder for the Japanese drifting series, clinched the top spot from former record holder Jakub Przygoński of Poland.  The record was set during a special event that took place at Fujairah International Airport, UAE.

The record-breaking Nissan GT-R was developed with the support and coordination of Nismo specialists. It was tuned to 1380 HP in order to set the record, and adapted so all the power went to the rear wheels. The GT-R was prepared by GReddy Trust and tested extensively at Japan’s Fuji Speedway facility with Kawabata at the wheel. The car was set up for agility while maintaining stability and confidence-inspiring handling characteristics – essential when performing such challenging feats.

“Once again, Nissan has broken a GUINNESS WORLD RECORDS title and has made international history for the fifth time in the Middle East,” said Samir Cherfan, Managing Director of Nissan Middle East. “The Nissan GT-R is one of the world’s most iconic supercars, proving time and again the incredible breadth of its capabilities, and has clearly demonstrated its performance leadership by beating the best drift cars out there. The fact that this achievement was set here in the UAE makes it even more special for our region. Setting this incredibly difficult world record was a clear demonstration of the excitement we are bringing to the Middle East with the Nismo brand.”

Fujairah International Airport was strategically chosen for its 3km long airstrip which was deemed to be sufficiently long enough for the challenge. From the outset, Nissan wanted to perform the drift at a speed of more than 300km/h and Kawabata, who leads in the Japanese drifting series for Team Tokyo, was chosen from a group of highly specialized competition drivers.

“We were very happy to be able to host such an exciting event,” said His Excellency Mohammed Al Salami, Chairman of Fujairah International Airport, “Once again, the UAE has achieved another GUINNESS WORLD RECORDS title. This great country is always accommodating when it comes to helping individuals and companies make history, and the staff at Fujairah International Airport were able to assist this record attempt while maintaining the airtight security required at facilities such as ours.”

Cherfan also thanked the airport personnel and its management for their support, saying, “Fujairah International Airport was a perfect fit for this world record attempt and the enormous levels of support we received from every level was invaluable. We had to set up a workshop in one of the airport’s hangars and had just five days to get everything ready including the specially tuned MY16 Nissan GT-R, spare parts, tyres and all the other equipment which required stringent security checks and processes. Without the dedication and tireless assistance of everyone at Fujairah International Airport we could not have achieved this, and I wish to express my sincere thanks to everyone involved.”

GReddy Trust’s technicians worked on the specially tuned MY16 Nissan GT-R setup on site in the three days leading up to the event and had only three attempts to break the record as per strict guidelines set by Guinness World Records. Support was also provided by technicians and logistics personnel from the Prodrift Academy, Recaro for the driver’s seat, RAYS for the supply of special, lightweight alloy wheels and Toyo Tires for the drift tyres that were specially designed for this stunt. 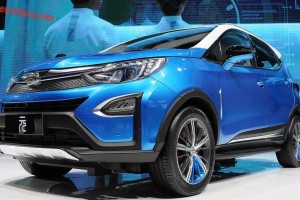 BYD Company has launched two new all-electric sedans to boost its line-up of EVs: the QIN EV300 and the e5. The BYD Qin EV300,...
Copyright 2017 CarFilia
Back to top