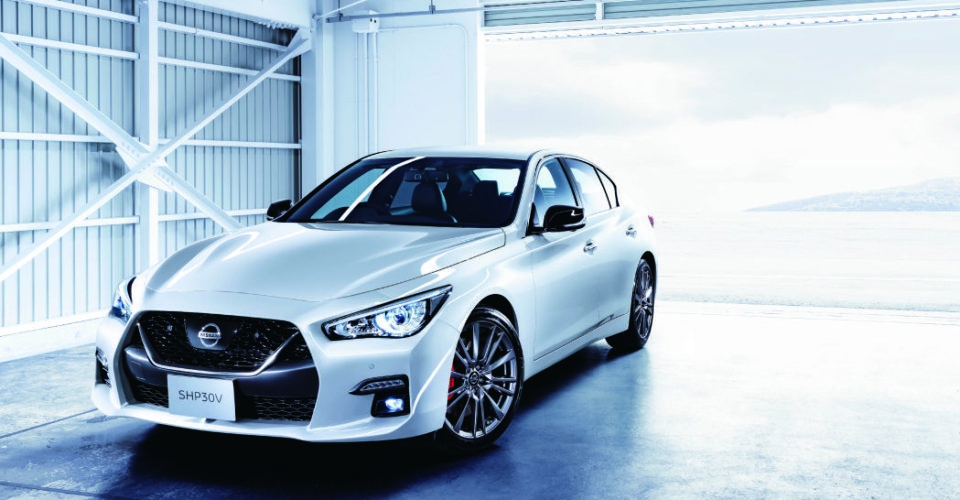 The current Infiniti Q50, known in Japan as the Nissan Skyline, doesn’t evoke images of the 2020 GT-R in our minds. But Nissan is aiming to change that ever so slightly with the newest version of its Skyline. The inspiration is clear both the front and rear. Nissan performed a full overhaul on the front end to give it a fascia similar to that of the GT-R. The proportions are not exactly the same, but the shape is obvious. Nissan says it’s also bringing back the four-circle taillights we’re so used to seeing on older Skylines. It’s not an exact replica of the past, but we can definitely see what Nissan is going for.

Engine options are sort of a moot point, since we’re sure an updated Q50 will differ from the Nissan version of the car. Still, Japan does get the equivalent to what we call the 400 Red Sport with a 3.0-liter twin-turbo V6 making 400 horsepower. It’s called the 400R in Japan. There are a couple hybrid options available, too.

Nissan took this Skyline debut as an opportunity to show off the second generation of its ProPilot Assist, called ProPilot 2.0. There’s no word as to when this more advanced system will make it into U.S. cars, but it’s going to be on the new Skyline. The big news here is legitimate hands-off highway driving when cruising in a single lane. Nissan takes a page out of Cadillac’s book to accomplish such a feat, using a driver monitoring system in the cabin to continually confirm the driver’s attention is on the road.

In order for the system to work, the driver will need to have a destination set in the car’s navigation system. The car will attempt to judge when it should pass a slower moving vehicle, based on the navigation system and all the car’s sensors. Once decided, the driver will receive audio and visual guidance to put their hands on the wheel, then will need to confirm the pass with a switch. The car will apparently take it from there, so long as your hands are detected on the wheel. Nissan says that if a driver fails to respond to an alert, the vehicle automatically puts the flashers on and slowly comes to a stop.

Regular ProPilot Assist hasn’t even been rolled out to every new Nissan in the U.S., but we hope to be able to test this system as soon as it’s available in cars stateside. Nissan bills it as an “on-ramp to off-ramp,” which makes it’s one of the more comprehensive driver assistance systems out there. 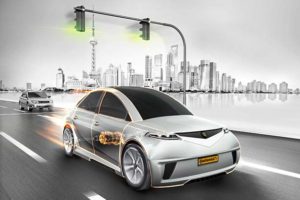 The move from combustion engines to electric drives will fundamentally change the automotive world. Continental is shaping...
Copyright 2017 CarFilia
Back to top