Production-Ready Rimac Concept_One To Be Unveiled in Geneva 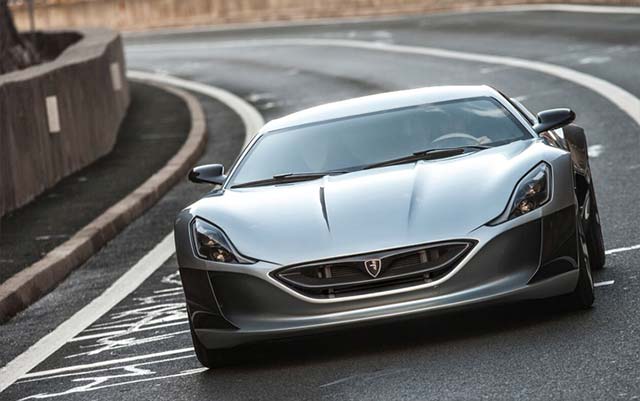 Production-ready version of the Rimac Concept_One electric hypercar will be unveiled at next month’s Geneva Motor Show.

The Croatian automaker Rimac Automobili said on Monday that it has finally turned the 2011 concept into a production-ready hypercar, although just eight Concept_One vehicles will be produced for now.

The Concept_One was born of the idea that an electric powertrain can make a sportscar not only faster but also more adjustable, agile and fun.

The Rimac Concept_One is powered by four extremely powerful permanent magnet electric motors, one for each wheel, located in the centre of both axles. The architecture is radically different compared to traditional combustion engines so a completely new vehicle platform had to be developed to use all the advantages that such a layout brings. In order to reduce weight and make it possible to package such a powerful powertrain system into the chassis, all powertrain systems were developed alongside within the same team to enable a high degree of integration between the components. The result is a perfect weight distribution and extremely low centre of gravity.

Distributing a total of 800 kW / 1088 HP and 1600 Nm of torque, the Rimac All Wheel Torque Vectoring (R-AWTV) system precisely calculates the optimum torque for each wheel. R-AWTVuses inputs from several precise sensors strategically positioned around the chassis and suspension to calculate the optimal torque distribution between the wheels through complex mathematical models and control algorithms. The system provides unseen flexibility and grip by controlling each motor individually one hundred times per second.  This enables the Concept_One to accelerate from standstill to 100 km/h in just 2,6 seconds and, to 200 km/h in6,2 and to 300 km/h in mind-blowing 14,2 seconds.

The R-AWTV functions as a traction control, stability control and “electric ABS” system that also commands the 4-wheel regenerative braking of up to 400 kW that works together with thecarbon-ceramic braking system.

To match the character, innovation excellence and sleek design of the Concept_One, a trulybespoke infotainment system was developed and manufactured in-house. All vehicle dynamics and powertrain functions such as the Rimac All Wheel Torque Vectoring System are controlled through physical buttons, machined from billet aluminium while secondary functions are controlled through the central touch-screen. The system shows an abundance of information through beautifully optimised graphics and gives insights into the Concept_One’s nervous system. Browsing through the menus on the central display, the driver can change the settings of the Rimac All Wheel Torque Vectoring system, brake force distribution, torque distribution, as well as various other functions. By changing the settings, the driver alternates  the nature of the car depending on his preferences, from a calm and neutral setting to a track-oriented setup or the extreme drift mode that helps experienced drivers to have fun on a closed track.

From basic energy consumption information via  regenerative braking and Rimac All Wheel Torque Vectoring settings to telemetry data – the Rimac Infotainment system gathers information from over 500 different sensors and projects them in beautiful graphics on the central display in real time. The data is stored in  the internal memory and sent to the Cloud via high-speed 4G Internet link. The telemetry data can be analysed during or after a lap on the racetrack, via the touch-screen, a PC or smartphone.

Handmade technology of the future

In the five years of development, the Concept_One went through numerous iterations and development phases to fulfil the highest criteria of performance and quality.

In the words of the founder and CEO of Rimac Automobili, Mate Rimac: “My goal was to not to create an electric version of existing supercars. I wanted to create technology to make the supercar considerably better in every regard – faster, more fun and more efficient. I wanted to make the supercar of the 21st century. The Concept_One showcases performances which were not considered possible for electric cars a few years ago. To reach that level of performance, we first had to develop the technology and then the car. The Concept_One has gone through four iterations from a concept to the production car. In every iteration, we have redesigned almost all systems from scratch in order to achieve the level of performance and quality that we have set for ourselves in the beginning. I am also extremely proud of our vertical integration – the Concept_One is a true Rimac Automobili product – down to the smallest details.”

The Concept_One continues the journey that the supercars with conventional drive have started. Similar to today’s supercar classics, which marked an important part in automotive history, the Concept_One also began its life on a piece of paper. Starting from the first sketch to the hand-written mathematical theory of the Rimac All Wheel Torque Vectoring system down to the basic functions and the software code which brought it to life. Just like body panels of historical supercar legends were made by precise hits of a skilled hands to form sheet metal into beautiful shapes, an almost artistic manual process creates the Concept_One’s numerous components. From laying carbon-fibre, machining light alloy parts, tailoring the wiring loom, to the artistically woven interior while carefully finishing each unique part, the Concept_One represents the harmony of skills developed throughout the years of car making.

The ambitious goal Rimac Automobili set themselves is to produce as much as possible in-house. Painstaking attention to every detail requires high quality, which can best be maintained and controlled if the engineering and manufacturing teams are under the same roof.

Thousands of metal, electric and carbon fibre parts have to be manufactured, assembled and tested for each Concept_One. Even the tools, jigs and moulds are designed and produced by Rimac Automobili. Most of the parts start their lives as aluminium blocks or raw bare carbon fabrics which don’t leave the Rimac facilities in Sveta Nedelja before they are assembled into cars.

Electric vehicle batteries are usually challenged by capacity requirements. While it is challenging to develop a battery system that holds sufficient energy for an acceptable range, Rimac Automobili has faced an additional challenge: delivering one megawatt of power.

The Concept_One’s battery pack is designed to deliver 1000 kW or 1MW of power during acceleration and to absorb 400 kW during braking. A unique liquid thermal management and low-resistance conducting system had to be developed in order to master this challenge. The result is a highly advanced high-performance battery pack that is designed for demanding track- use, high power delivery and safety. Each of the 8450 battery cells is individually controlled through the in-house developed Rimac Battery Management System, which  ensures optimal conditions for a long battery life and long-term performance.

Conceived in a road car, perfected on the most demanding road in the world – the hill climb to Pikes Peak.

Rimac All Wheel Torque Vectoring system is designed and developed by Rimac Automobili and is currently the only system in the world with this principle available on a production car. The advantages of the R-AWTV over conventional drivetrains was most noticeable on the most demanding hill-climb race in the world – Pikes Peak Hill Climb in Colorado. Nobuhiro Monster Tajima drove the Tajima Rimac e-Runner, a race car developed by Rimac Automobili, on the Pikes Peak International Hill Climb 2015 and finished in front of all combustion engine powered cars. The invaluable experience gathered during the Pikes Peak project has been implemented in the development of the Concept_One’s R-AWTV system. The result is a refined, yet powerful system that works in the background to enhance the natural potential of the vehicle.

Questions to Ask Yourself Before Buying a Car 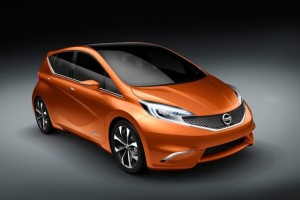 Nissan models are available with a suite of advanced safety technologies to reduce the chances of an accident, including...
Copyright 2017 CarFilia
Back to top