Rolls-Royce’s press releases are nearly as much fun as the company’s cars. The news that the company is launching a more powerful and dynamically focused Black Badge version of the Dawn convertible is communicated with an announcement that reads like it should be written on parchment, and possibly in blood: 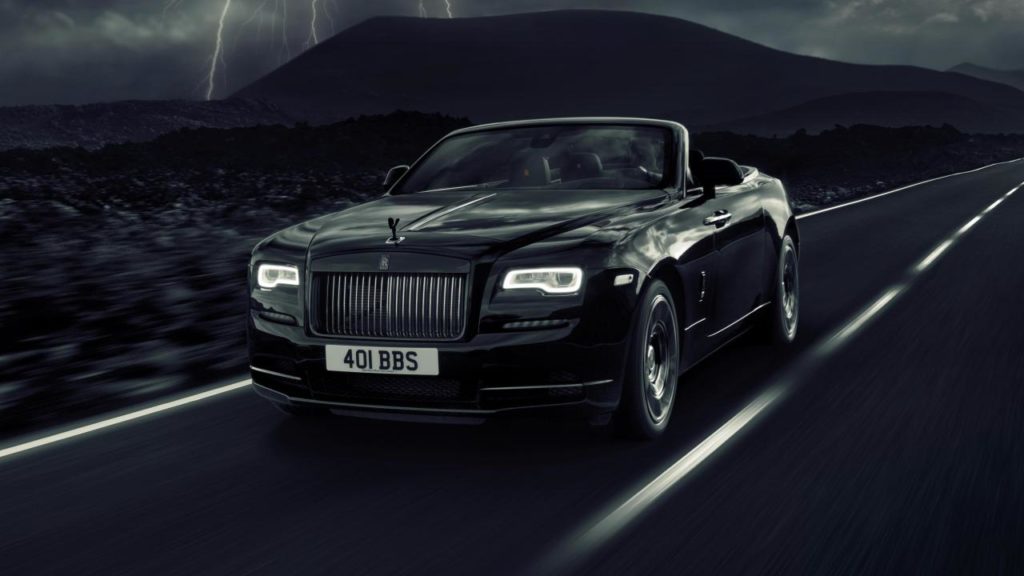 “Black Badge has already distinctly amplified the characters of Ghost and Wraith motor cars, placing them into consciousness of those that seek a commanding presence in the objects they commission. Overwhelming demand from new patrons of luxury tells us the time is now right to apply this assertive, confident and powerful attitude to Dawn and open this truly transformative presence to the world.”

Black Badge models are aimed at younger and less traditionally minded Rolls buyers, with the Dawn following its siblings’ lead with some mild mechanical changes as well as a black-heavy visual makeover. The car that will be making its debut at this weekend’s Goodwood Festival of Speed is finished in what the company describes as “a deeply intense shade of black” that’s been treated to the most extensive painting and polishing process ever used for a solid color. Other details are equally murdered out—even the Spirit of Ecstasy mascot on the hood is finished in high-gloss black chrome.

Mechanical changes include some mild tweaks to the standard Dawn’s twin-turbo 6.6-liter V-12, with what we’re presuming is a punchier ECU taking it to 593 horsepower from the regular car’s 563. Torque increases by 15 lb-ft to 620, available from just 1500 rpm. Despite the boost, Rolls-Royce quotes the same 4.9-second zero-to-62-mph time for both cars—although we timed the existing Dawn at 4.3 seconds to 60 mph when we tested it.

The suspension also has been firmed up to reduce body roll, the steering rack has been quickened slightly, and the gearbox and engine software has been retuned to boost responsiveness. Our favorite detail is the arrival of a switchable exhaust system including a Low button for added theater. Or, as the release puts it, “a menacing bass baritone, announcing its arrival with authority rather than hysteria.” Hysteria definitely would be a bad thing.