Czech car maker ŠKODA are enjoying continuous rising sales. That was July 2018’s message, as the firm exportedjust shy of 100,000 units to customers worldwide that month. The number represented a sales increase of 14.6% in the same month compared to a year earlier, with Russian growth lying at almost 25%. That followed an 11.6% growth globally between January and June.

But, for a manufacturer that has previously been overlooked in years gone by, how has the company managed to rebuild their reputation and continuedto grow?

ŠKODA’ origins go back to 1925 following the merging of Laurin &Klement Co and PizenSkodovka Co., both of the Czech Republic. The early 1930s proved to be a difficult period for the brand, but their fortunes changed following the introduction of the Type A ŠKODA Popular. This lightweight design was available for a great price and served as a reliable utility vehicle, including being used as a delivery van and ambulance.

After World War Two had ended, Czechoslovakia (now Czech Republic and Slovakia) became subject to Communist rule. This led to the car manufacturing side of the ŠKODA Works group becoming a separate entity. Unfortunately, this meant that money became sparse and it was impossible to arrange deals with non-Communist countries. By the 1960s, ŠKODA vehicles fell behind their foreign rivals.

In fact, theywere so far behind that, at times, the company was aneasy targetfor ridicule in Britain. So much so that comedian Jasper Carrott targeted the company on a large number of occasions to be the butt of his jokes. An example quip that gained attention was: “what do you call a ŠKODA with a sunroof? A skip!”

As the brand’s struggles persisted, they continued to sell a mid-60s saloon into 1990. Another model that came into criticism for being mediocre was the ‘all-new’ Favorit in 1987. However, despite its obvious constraints, many believe that this was the model to bring about interest from Volkswagen.

A new era of driving

Following 1989’s political changes and the bringing down of the Berlin Wall,  new market economy conditions were brought into play. In a bid to secure ŠKODA’s long-term international competitiveness, the Czech Republic government, alongside the car manufacturer’s management, began searching for a strong foreign partner. In 1990, ŠKODA became the fourth brand in the Volkswagen Group, alongside Volkswagen, SEAT and Audi in a move that has taken the brand from strength to strength.

Parent company Volkswagen recognised that ŠKODA was an ideal means of selling in the emerging markets of Eastern Europe and Russia, with numerous local citizens at the time strongly against purchasing German cars. This meant that billions were poured into the MladaBoleslavŠKODA factory in a bid to turn it into the finest car plant in Europe.

Leading motoring magazines Top Gear and Auto Express have both named cars from ŠKODA as Britain’s favourite in the past. In 2010, Which? also announced ŠKODA as the world’s best car manufacturer. The survey monitored customer satisfaction, build quality and after-sales service, with the brand outscoring everyone else.

In the years that followed, they continued to win awards and in 2018, the Octavia was voted What Car? magazine’s family car of the year. The SUPERB 2.0 TDI 150 SE Technology won the accolade for best estate car and best executive car for less than £25,000 too.

Presently, the brand caters for the most popular segments of the market, starting with the small Citigo city car and leading up to the larger Kodiaq. All vehicles stick to the concept of being ‘affordable luxury’ and are closely related to other Volkswagen Group products, just normally at a cheaper price.The ŠKODA Octavia still proves the most popular by a long way too, with 30,700 sold in July last year.

Although VW’s car brand has struggled to gain traction in the American market, there have even been suggestions that the ŠKODA badge and brand could be used as a way to bolster the group’s offerings over the Atlantic.

There’s no denying that the Volkswagen Group have worked tirelessly to ensure that the ŠKODA brand didn’t disappear like so many others have as has goes by. Instead, they have turned the company’s fortunes around and helped continue the growth of the brand — establishing its reputation as building solid, reliable and cost-effective cars.

5 Affordable Sports Cars to Look Out For in 2019 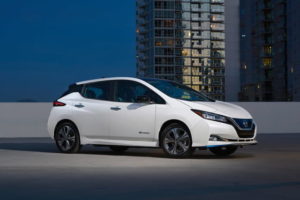 Nissan revealed the Leaf e+ at the 2019 Consumer Electronics Show earlier this month. A range of 226 miles was, and still...
Copyright 2017 CarFilia
Back to top