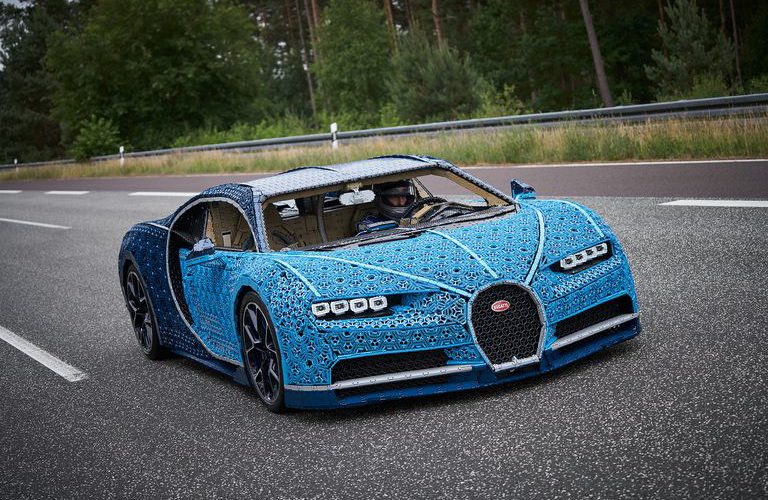 While we may never learn the Bugatti Chiron’s true, unlimited top speed, we do know what a Chiron made entirely of LEGO Technic pieces can achieve: Just over 12 mph, thanks to a drivetrain made of more than 2300 tiny electric motors.

Yet despite having only 5.3 horsepower (but a much more impressive 68 lb-ft of torque) to play with, the LEGO version remains a true two-seater. And if you’re wondering which is more labor-intensive to build, consider this:

At Bugatti’s Atelier, the Chiron is hand-assembled by a team of just 20 people, which each car taking roughly six month to complete. The Technic Chiron required the use of 339 types of LEGO Technic elements, and over 13,000 hours of development and construction from the folks at LEGO’s Kladno factory in the Czech Republic. That’s over 19 months of hard work.

Overall, more than 1,000,000 LEGO Technic pieces where needed to build this Chiron, and in addition to the 2304 electric motors, the Czech crew also needed 4032 Technic gears to transmit the power to the wheels. LEGO says the list of firsts includes: First fully-functional self-propelled life-size Technic car, first non-glued model of such complexity, first large model powered using an array of electric motors, first large-scale moving model using Technic bricks and elements, first use of a new type of transparent bricks, and first time to create load-bearing parts build purely out of LEGO bricks and elements, with 58 new types of elements custom-made for this effort.

An who else to test such a car at VW’s Ehra Lessien proving ground than Bugatti test driver and multiple Le Mans champion Andy Wallace? He had this to say about how the LEGO Bugatti drives at the limit:

“When I first saw the LEGO Chiron, I was immediately impressed by the accuracy of the model and the minute attention to detail. In fact, from about 20 meters away it’s not obvious that you are looking at a LEGO car. I can only imagine how much time and effort went into making this model. Driving the LEGO Chiron was a great experience, which I thoroughly enjoyed. All those years ago I could never have imagined that one day I would actually drive a LEGO car!” 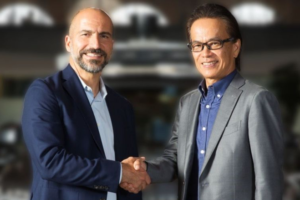 Toyota Motor Corporation (TMC) and Uber Technologies, Inc. (Uber) today announced that they have agreed to expand their collaboration...
Copyright 2017 CarFilia
Back to top