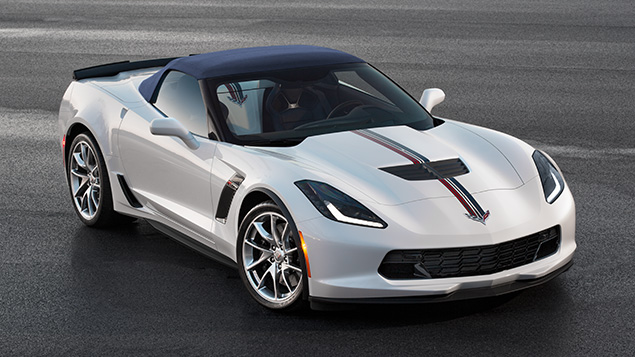 That’s based on the literally dozens of unsolicited comments just about everyone who came within earshot offered while I was behind the wheel.

If only they knew. The Grand Sport isn’t just a nice car, it is the best car. And by car, I mean Corvette.

What Chevy has done is take the entry-level Corvette Stingray and give it the wide, outrageous bodywork of the-top-of-the-line Corvette Z06, plus all the parts needed to make it handle like one.

Those include 12-inch-wide rear tires, GM’s active and adjustable Magnetic Ride Control suspension, a high-performance electronic limited slip differential and an assortment of aerodynamic devices that help the Grand Sport stick to the ground like the race car it resembles.

The starting price is $66,445 — $10,000 more than a base Stingray, but about the same as one optioned up close to the Grand Sport, though it still wouldn’t get you the fabulous big-booty look.

More important, the Grand Sport costs $14,000 less than a Z06. Much of that savings comes from under the hood: The Z06 has a supercharged 650 hp V8, while the Grand Sport sticks with the tried-and-true 460 hp V8 from the Stingray, here in a racy dry sump configuration. To go full Viagra on the performance, there’s an optional Z07 package that stiffens everything up and includes stickier rubber and carbon ceramic brakes for $7,995.

Yes, the Z06 will smoke the Grand Sport in a straight line. That’s how physics works. But, also thanks to physics, the Grand Sport is nearly its equal taking turns. Regardless, it’s plenty fast and a thrill in any direction. The Z06 is just next-level loony.

In fact, it may be too crazy. The Z06 has been known to have an overheating issue when pushed hard and long. So you’ll do quicker laps in it, but you may do fewer of them. And if anything goes terribly wrong, the repair bill could be as much as a new Chevy Spark.

Unless your need for speed is insatiable, and you have the skills and fortitude to wring everything out of the Z06, the Grand Sport will suit you just fine. Even the convertible version I tested, which costs $4,000 more than the coupe, is excellent on the track. I took it for a few laps around Lime Rock Park and quickly forgot that I had a ragtop over my head. The Corvette chassis is rock solid, even without the roof.

The Grand Sport is offered with a seven-speed standard shift transmission, but my tester had what will probably be the more popular eight-speed automatic. It’s a quick-shifting unit with DIY paddles behind the steering wheel for those “use the force, Luke” manual override moments, but it does fine on its own, communicating with the smarter-than-you traction management system to find just the right amount of power for the occasion. For an idea of how much that is, you can bring up a live horsepower gauge on the configurable digital gauge cluster.

You might expect all these upgrades to exact a toll on the street, but they don’t. You’d drive the Grand Sport daily as easily as a Stingray, or that Spark, and bask in all the attention along the way. To further enhance its livability, there’s a nose camera available to keep from banging that scythe of a front splitter into parking curbs or the shins of admirers.

Yes, there is a place in this world for the Z06, and Chevy reserves an even more outrageous aero kit that takes advantage of its extra power to keep it on top of the Corvette heap. But the Grand Sport looks just as good, costs much less, goes plenty fast and is a very nice car, indeed. 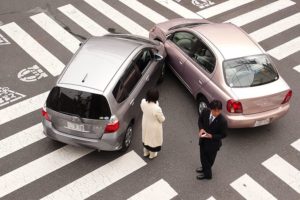 Being involved in a car accident is never pleasant, and it happens to many of us. It can be a very stressful and upsetting...
Copyright 2017 CarFilia
Back to top