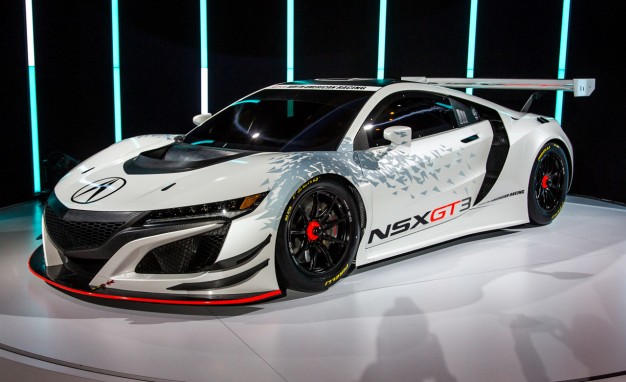 The RealTime Racing Acura NSX GT3 team had the weekend it had been waiting for at Utah Motorsports Campus, scoring three top-five finishes and taking the new NSX supercar to Victory Lane for the first time in Pirelli World Challenge competition.

Saturday’s win was the 79th for Acura and RealTime Racing in PWC competition, but the first for the duo of Peter Kox and Mark Wilkins, as well as the first PWC win for the new NSX GT3. But Saturday was only Round 7 of the SprintX championship, and the 14th overall in the GT season, so the party hats had to be put away for Sunday’s eighth round of the SprintX format that features two drivers per car and a mid-race driver change in a 60-minute event.

The Acura NSX GT3s and Honda Performance Development didn’t succumb to any post-win hangovers Sunday. Although Kox and Wilkins fell victim to a cut tire and resulting unscheduled pit stop, Ryan Eversley and Tom Dyer came home with a second-place finish to post a season-best result for their #43 RealTime NSX.

“All in all, for the RealTime Acura team, this is a good result,” reported Kox. “We have two podiums in two races. It’s not so often that you can be so competitive in this series, and we were. That’s the dominant thing in my mind. We lost a podium on Sunday after starting up front, but I’m happy for my teammates, for RealTime and definitely for Acura Motorsports.”

Wilkins started second on Sunday, while Dyer chased him into the first turn after starting third. Both Acuras were hot on the heels of the pole sitting Ferrari of Daniel Mancinelli and Nicollo Schrio, but both Acura drivers realized very quickly that something was amiss in the #93.

“All-in-all, it was a fantastic weekend for the Acura NSX GT3,” said NSX GT3 Project Leader Lee Niffenegger of Honda Performance Development.  “Though we are disappointed with the puncture that put the #93 car out of contention [on Sunday], Tom [Dyer] and Ryan [Eversley] picked up the torch and came home second.  Ryan had a go after the late restart and nearly stole away the win from the Ferrari that led the entire race.

“It’s an understatement to say that we’ve had a bit of a tough season,” said Holbrook. “Shea Racing was a four-car team that turned into a two-car team after the second race of the PWC TC schedule. Elivan and I had a great race today and I was able to get by him late for the win. It’s very exciting.”

The Acura NSX GT3 racecar utilizes the production NSX’s lightweight multi-material body with aluminum-intensive space frame, and is powered by a 3.5-liter, 75-degree, twin-turbocharged DOHC V-6 engine. The engine uses the same design specifications as the production 2017 Acura NSX, including the block, heads, valve train, crankshaft, pistons and dry-sump lubrication system. The engine is paired with a 6-speed, sequential-shift racing gearbox, delivering power to the rear wheels. The NSX is produced at the Performance Manufacturing Center in Ohio. 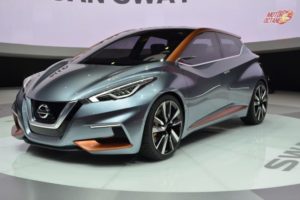 Nissan retailers are reporting higher-than-expected demand for personalisation options on the all-new Nissan Micra. Approximately...
Copyright 2017 CarFilia
Back to top