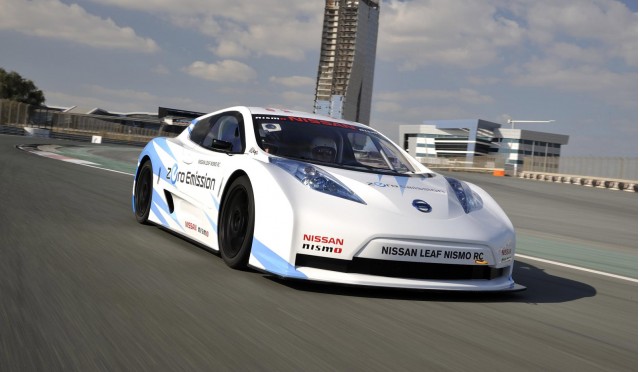 For the previous generation of the Leaf EV, Nissan created the Nissan Leaf Nismo RC race car to showcase what it could do with electric performance. Since the new generation of the Leaf debuted, we’ve seen a mildly warmed Nismo concept, but have been hoping for something more track-focused. Now, Nissan has answered, revealing the all-new Leaf Nismo RC race car, using current Leaf technology.

Unveiled in Tokyo, the new Leaf Nismo RC blows away the old car in terms of performance. With two 120-kW electric motors, the Leaf Nismo RC has all-wheel drive and puts down 478 pound-feed of torque. It’ll sprint from 0-62 miles per hour in a brisk 3.4 seconds. Nissan didn’t disclose what battery the Nismo RC uses, or its capacity.

Nissan has kept weight down by using a carbon fiber monocoque and other lightweight components. As such, the car weighs 2,690 pounds — almost 750 pounds less than the production version. In addition to the electric all-wheel drive and torque vectoring system, the placement of certain components was intended to help the car’s balance as it tackles corners. The battery pack is low in the center of the car, while the electric motors and inverters have been located above the front and rear wheels.

The Leaf Nismo RC features three-piece bodywork with removable front and rear sections, as well as an adjustable rear wing. It sports the Nissan V-Motion grille, and its silver-and-black paint is a nod to the Nissan Formula E car. It’s longer than the previous Nismo RC, but is nearly a foot shorter than the production Leaf.

You can see the Leaf Nismo RC on display at Formula E Races around the world, as well as at other automotive events. Like the last car, we can expect the occasional shakedown at the track as well, as Nissan will want to show off what its electric cars are capable of. 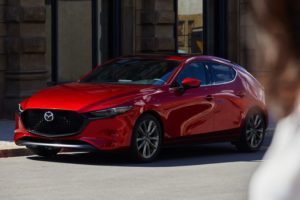 Mazda didn't lie — the 2019 Mazda3 is a gently reworked production version of the Kai concept shown at last year's Tokyo...
Copyright 2017 CarFilia
Back to top