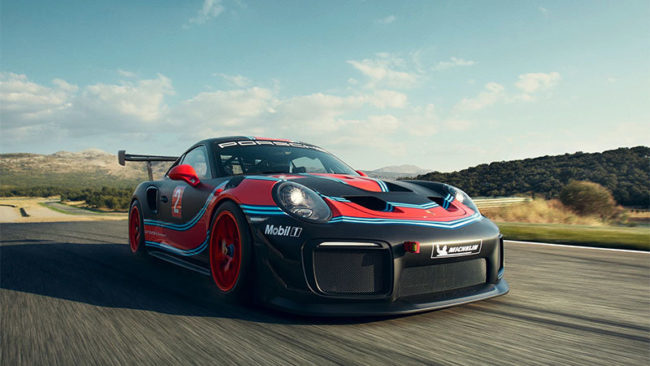 When TopGear.com spoke to Porsche Motorsport chief Frank-Steffen Walliser at the LA Auto Show, Walliser provided the primary benchmark for brand’s next hypercar: a 6:30 ‘Nürburgring time. That would cut 27 seconds from the 6:57 time set by the 918 Spyder in 2013. Walliser’s so focused on that particular benchmark that he said, “I don’t care about the drivetrain, 6m 30s is the target. Sports cars are defined by their performance, then we have to look how to achieve it.”

Unofficially, a 911 GT2 RS prepared by Manthey Racing ran the ‘Ring in 6:40.33 at the beginning of November. Last year, a road-legal McLaren P1 LM prepped by Lanzante pulled off a 6:43.2, and in 2015 a Pagani Zonda Revolucion supposedly tore off a 6:30. The 6:30 mark is also the target for the Scuderia Cameron Glickenhaus 003 Stradale.

Officially, none of the four faster vehicles are hybrids, making Walliser’s powertrain-agnostic position interesting. We’d be shocked if Porsche’s coming hypercar weren’t hybrid; that would counter the general thrust of Porsche and the industry, and refute the last three OEM hypercars. Don’t expect something all-electric, either, Walliser admitting, “An electric car in 6m 30s is quite a challenge.”

The sports car maker will get a lot more practice finding what goes fastest with the launch of the GT2 RS Clubsport (pictured). Porsche expects the new customer race car to grace numerous tracks around the world, and the carmaker plans a trip to the ‘Ring next year. Walliser figures the new competition coupe can get down to around 6:35. 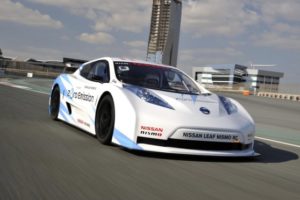 For the previous generation of the Leaf EV, Nissan created the Nissan Leaf Nismo RC race car to showcase what it could do with...
Copyright 2017 CarFilia
Back to top