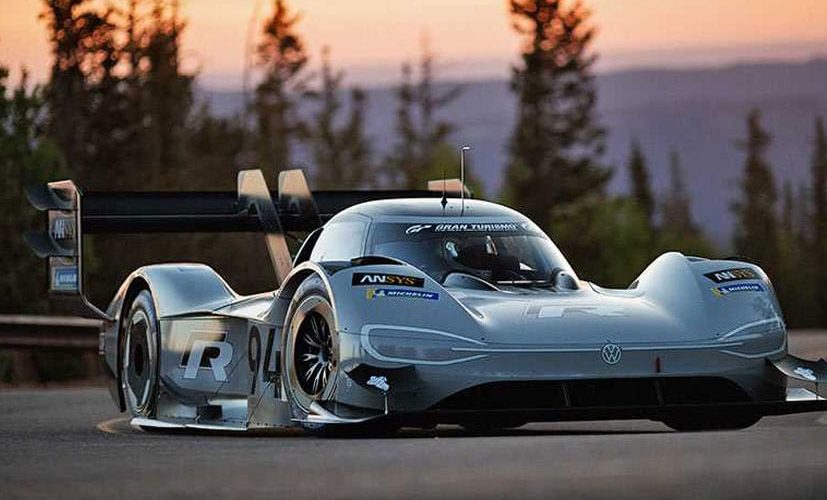 The Volkswagen I.D. R is coming to the Nurburgring to set another record. Just last year, the electric VW race car demolished the Pikes Peak Hill Climb record previously owned by Sebastian Loeb in his purpose-built Peugeot. VW says it isn’t aiming for the outright record around the Ring, but rather, the electric vehicle record.

Currently, the EV time to beat around the Nurburgring is held by the Nio EP9 at 6:45.9. That time looks pretty fast, but the Nio is a street-legal machine, while the I.D. R is a race car. If Volkswagen doesn’t walk all over the Nio’s time it would be quite the surprise indeed. The EP9 and I.D. R have been on the same course once before at the Goodwood Festival of Speed hillclimb. Predictably, the VW was quicker than the Nio, but only by 1.56 seconds. Given many more miles to cover, the I.D. R should pull out a huge gap on the Nio.

Volkswagen says it’s continuing to develop the I.D. R for the record lap attempt. One might guess it’s range related, but it probably doesn’t need much help there. It had enough charge to make it all the way up Pikes Peak, which took 7 minutes and 57 seconds. The Nurburgring lap time will be much quicker than that. Getting the aero setup right appears to be the biggest hurdle for the time being. Top speed is a much higher priority at the Nurburgring than it ever was at Pikes Peak and Goodwood, meaning the massive wing and other aero elements on the I.D. R will be needing some finessing.

Romain Dumas will be behind the wheel (like before) for this record attempt set for sometime this summer. It’ll be a quick lap, but we don’t expect this race car to get anywhere near the outright Nurburgring record recently set by a Porsche 919 Prototype car at 5:19.55. 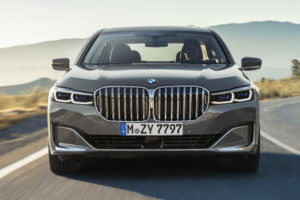 Need another sign SUVs are calling the shots these days? BMW's 7 Series flagship sedan is adopting design cues from the brand-new...
Copyright 2017 CarFilia
Back to top