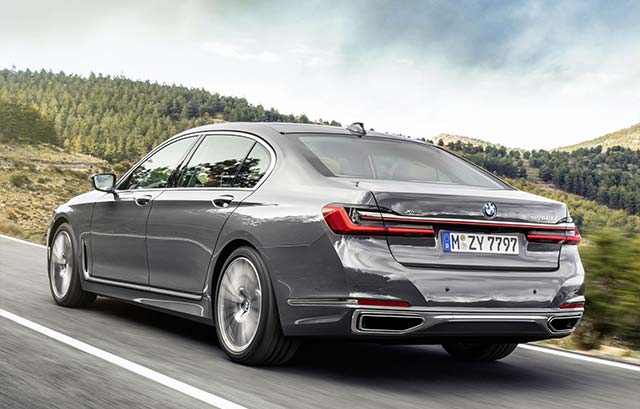 With more technological advancements that deliver both outstanding comfort and handling, greater fuel efficiency and innovative driver assistance and connectivity, the new BMW 7 Series sets out its stall as the ultimate vehicle for luxurious driving pleasure.

In addition to striking exterior and interior design changes, BMW has updated the 7 Series engine range to include a new eight-cylinder engine and an in-line six-cylinder unit with plug-in hybrid system offering extended electric range.

The BMW 7 Series will continue to be offered in standard and long wheelbase body variants. The longer version of the luxury saloon has a wheelbase extended by 14 centimetres over the standard car to 3,210 millimetres. Both variants have grown by 22 millimetres over their respective predecessors.

The plug-in hybrid models that will be available at the launch of the new BMW 7 Series in spring 2019 feature a six-cylinder in-line petrol engine from the current BMW Efficient Dynamics family of power units with maximum output of 286hp and an electric motor with a rated output of 113hp and a peak torque of 265Nm.

The new plug-in hybrid drive technology enables the BMW 745e and BMW 745Le xDrive models to record zero to 62mph times of between 5.3 and 5.1 seconds while achieving an electric-only range of between 32 and 36 miles. The speed threshold for all-electric driving has also increased to 68mph. The combined fuel consumption figures for the plug-in hybrid luxury versions are between 108.6-134.5mpg. The CO2 emissions produced when burning fuel average between 48 and 52g/km.

The new BMW 7 Series incorporates an extensive design refresh at the front end that is now around 50mm taller at its foremost point. The traditional BMW kidney grille is now significantly larger and features active air flap control with adjustable vanes that only open when the need for cooling air is increased.

At the rear of the new BMW 7 Series the outer sections of the rear apron adopt the design language used for the air intake trim in the front apron. The exhaust system’s tailpipes are edged in what are now wider chrome surrounds and are integrated flush into the lower section of the rear apron.

The three-dimensional rear lights of the new BMW 7 Series are around 35 millimetres slimmer than on the outgoing car. Other new features include a slim light strip sited below the chrome bar, which extends across the full width of the tailgate and connects the rear lights with each other. 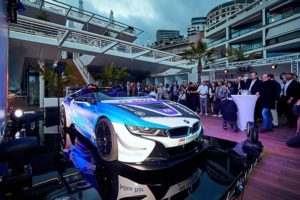 BMW i unveiled the new BMW i8 Roadster Safety Car for the ABB FIA Formula E Championship on the eve of the Monaco E-Prix....
Copyright 2017 CarFilia
Back to top