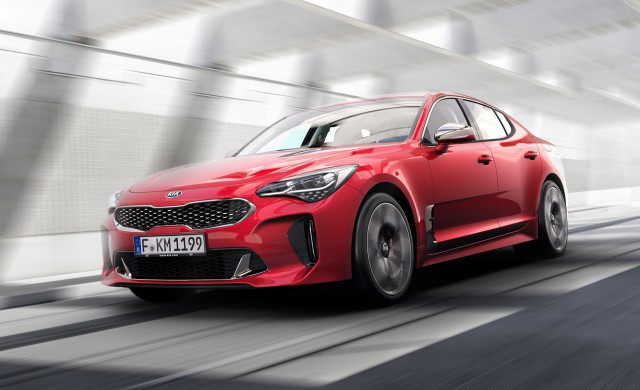 We got the chance to drive the new rear-wheel drive Kia Stinger at the Nurburgring recently, and it turns out, Kia can make one hell of a performance sedan. All we were left wondering is, just how much will it cost us?

After a report from Car Connection surfaced yesterday suggesting the Stinger would start at $32,795, we reached out to Kia to confirm. A spokesperson told us the base 2.0T turbo four-cylinder rear-wheel drive model would indeed start at that number, including an $895 destination fee.

The Kia spokesperson also revealed to us pricing for the rest of the Stinger range. The premium 2.0T, which includes LED headlights, LED rear turn signals, a power sunroof, a power adjustable steering wheels, memory seating, a bigger touchscreen with navigation, and a 720-watt 15-speaker Harmon Kardon sound system will start at $37,000.

The 3.3-liter twin-turbo 365-horsepower V6 model will cost you $39,895. That car comes standard with LED headlights and a flat-bottom steering wheel, but if you want any of that other premium trim stuff, you’ll have to option the GT1 trim, which starts at $44,395.

The top-tier GT2 starts at $50,395, and is the only trim to include a 16-way power driver’s seat and a limited-slip differential. The GT2 trim also gets a a head-up display, lane departure warning, and adaptive cruise control standard. Any Stinger model can be equipped with all-wheel drive for $2200. 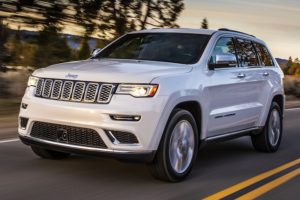 Angry at Dodge because it still hasn't dropped that 707-horsepower Hellcat engine into its Durango SUV? Do you want a supercharged...
Copyright 2017 CarFilia
Back to top