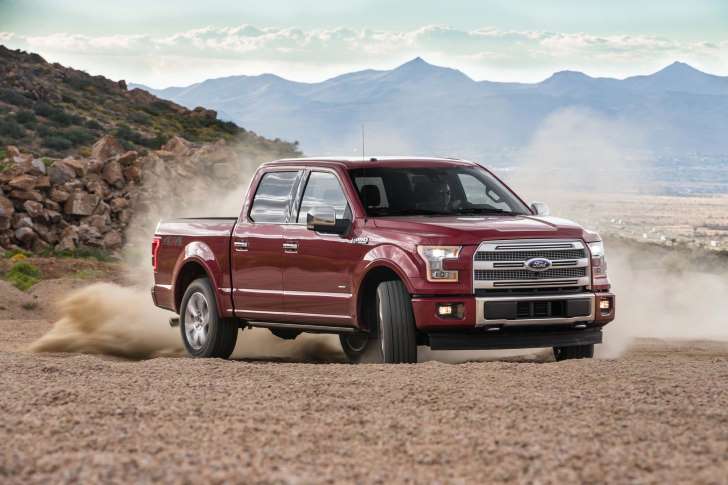 We shouldn’t feign awe and disbelief when the inevitable “peak pickup” sales taper off hits, but trucks such as the Ford F-150 are constant reminders of how much OEMs value their high-visibility, high-profit products. Some might say it’s the best time to be shopping for a new pickup.

The F-150 plays the critical numbers game. That’s for sure. The big update for the 2017 model year is the rise of the second-generation 3.5-liter EcoBoost V-6. It’s the same unit that initially gained fame as the chosen reciprocating one (albeit juiced up) in the new 450-horsepower Raptor. With 375 horsepower in the regular F-150, it has 10 horsepower more than before (penciling out to a 3 percent leap) alongside a torque peak 50 lb-ft higher. The torque increase locks in a 10-lb-ft advantage over GM’s L86 6.2-liter V-8, which lead to best-in-class torque claims, although that Ford torque peak has shifted north from the first-gen V-6’s 2,500 to 3,500 rpm.

That engine continues to be positioned as the truck line’s most premium set of rods and pistons, and it does a masterful job of pitching the EcoBoost lifestyle. It’s not a trim elitist, either; the 3.5-liter twin-turbo V-6 can be had from entry-grade XL all the way up to the 22-inch-wheel-wearing Limited, where it’s standard. As road test editor Chris Walton calls out on the F-150, “It’s such a solid, easy-to-drive truck with way more power than most people will need, which is probably what Ford needed to do considering it’s not powered by a V-8.”

This is an engine that’s prepared to oblige its operator. “Ford has this turbo engine dialed now,” associate editor Scott Evans said. “No more big delay while boost builds to get moving with a trailer. This truck has demonstrated that the future of trucks is turbocharging.” We were pleased with the 2017 model’s heavier revised steering, which helped settle the truck and vanquish the sensation of nervousness that startled us in years past. Equipped with 275/55R20 Hankook Dynapro AT-M tires, it’s also worth noting that the braking distance from 60 to 0 shortens up by 5 feet (from 126 to 121) and the figure-eight lap time drops from 28.1 to 27.8 seconds when comparing the 2017 vehicle to the 2015 example.

If we’ve reached peak pricing and powertrain performance, things can’t get any better, right? That’d be untrue, As with the 2015 F-150s we met, the interior design and ergonomics are polarizing. “I like the chamfered-square design theme,” Walton said. But executive editor Mark Rechtin dinged the shifter. “The gear shifter knob is ridiculously oversized, like the size of the World Cup trophy,” he said. “I get it. It’s so you can work the controls while wearing work gloves, but it’s almost cartoonish.” The truck rode smoothly on well-kept and level surfaces but was jumpy and stiff everywhere else. Amusingly (or should it be bemusedly) the truck had a tendency to self-aim toward the roadside shoulder when crossing our drive loop’s cattle guards at brisk but not outrageous speeds.

From their hauling and towing abilities to trailer-attaching in-truck electronic guidance to the quality of materials lining the cab’s innards to the sticker prices slapped on the driver-side window, pickups have never been more impressive. Which means the eager, post-peak secondhand pickup shoppers have a lot of F-150 to look forward to. 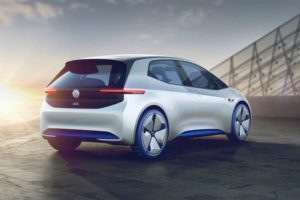 Still reeling from its wide-reaching diesel cheating scandal, Volkswagen is moving ahead with its "Strategy 2025" plan, which...
Copyright 2017 CarFilia
Back to top