The first production-specification Detroit Electric sports car has rolled off the UK assembly line and has been exported to China.

The white SP:01 was presented to Dr Richard Lee, Chairman of Jowett Motors, by Detroit Electric Head of Engineering, Ben Boycott. It will be used as a demonstrator vehicle to fulfil a stream of enquiries from prospective customers that followed the appointment of Jowett Motors last April and the appearance of the SP:01 at Auto Shanghai 2015.

This handover of the first SP:01 marks major step forward in Detroit Electric’s expansion and investment in the Asian region, where the company hopes soon to announce the appointment of a distributor for Japan.

Commenting on the latest developments in Asia, Albert Lam, Chairman and CEO of Detroit Electric, said: “We are extremely proud to team up with Jowett Motors, a company that has an exceptional track record in the establishment and selling of exclusive, high performance sports cars in the Chinese market.“

Featuring a 285HP / 210kW electric motor and carbon fibre body panels, the car is fitted with a single speed automatic transmission as standard, with the option of both twin-speed automatic and six-speed manual transmissions. The SP:01 is supplied with both hard and soft tops as standard. The battery in the SP:01 has been integrated into the chassis as a stressed member, adding stiffness to enhance handling and safety. The military grade, lightweight high density lithium battery is the most energy-dense automotive battery pack in the world, offering over 140Wh/kg, benefitting range while keeping overall vehicle weight low. 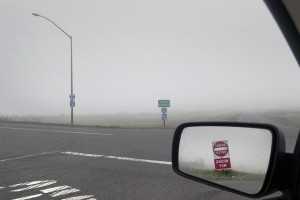 Keeping your vision as clear as possible on the road is extremely important. The need to stay alert has doubtlessly been...
Copyright 2017 CarFilia
Back to top