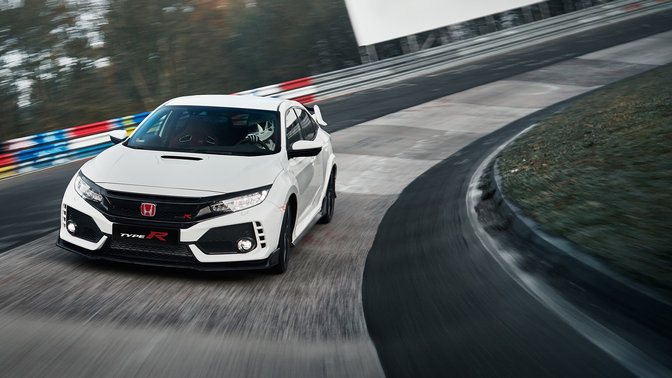 Among hot hatchbacks, the Ford Focus RS and Volkswagen Golf R both embrace all-wheel drive, but Honda took a different route with the Civic Type R. To keep it light and simple, Honda stuck with front-wheel drive, but to keep up with the competition, the automaker gave it 306 hp. On paper, it sounds like it’d be a torque-steering mess, but in reality, it’s anything but.

As Jason Fenske over at Engineering Explained details, Honda designed a new suspension geometry for the Type R specifically to mitigate torque steer. Honda moved the steering axis very close to the center-line of the tire, reducing its scrub radius significantly.

Wait. What’s a “scrub radius,” and what does it have to do with torque steer? Essentially, the scrub radius is the horizontal distance between the middle of the front tire’s contact patch and the point where the steering axis meets the road. Fenske explains everything in-depth in this video, but in short, what you need to know is that a smaller scrub radius means less torque steer.

Honda isn’t the first company to do this. Ford developed similar technology (called RevoKnuckle) for the European-market, 300-horsepower Focus RS of 2009. GM also has something similar with its HiPer Strut, used today in some high-power front-drive Buick models.

But don’t let that take away Honda’s achievement with the Civic Type R. Honda’s system doesn’t eliminate torque steer 100 percent—that’d be impossible—but it gets incredibly close. And it helps the Civic Type R avoid the added weight of all-wheel drive. 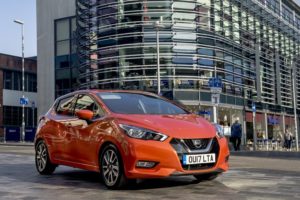 Feedback from customers of the all-new Nissan Micra has revealed key fact – they love their car! Scores and comments posted...
Copyright 2017 CarFilia
Back to top