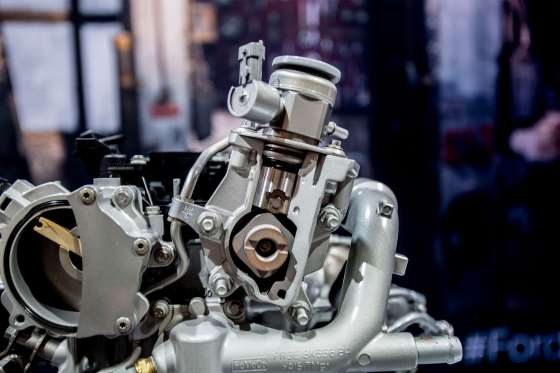 It’s an amazing time when there’s new technology in the industry as it forces a new rivalry in speed parts, and direct-injection is firmly in the high-performance arena whether anyone likes it or not. OEMs are favoring the technology for fuel economy reasons, allowing gas engines to essentially diesel under light cruising with minimal fuel consumption. It also allows for higher compression ratios than a typical port-injected engine, as there is more precise control over fuel timing and volume in the cylinder, and atomizing the fuel in the cylinder reduces temperatures before combustion. But for tuners, the struggle has been getting enough fuel into the engines when adding horsepower with bolt-ons or boost.

The bottleneck on horsepower has been in the fuel supply side, but it wasn’t the conventional in-tank electric pump Direct-injection uses a cam-driven mechanical pump to bring the line pressure from around 60 psi to over 2,000 psi in stock form. Not even Queen was under that much pressure, but even that’s not enough fuel when you start bolting on intakes and turbo-back exhausts the basic turbo car mods. This has led to a bunch of early direct-injection tuners and builders to add progressive port injection, supplying the extra fuel with a secondary fuel system, but some buyers want plug-and-play solutions.

Thankfully, SEMA had some options on display for those troubles, thanks to the folks at Deatsch Werks, Livernoise, and RTR.

We found Deatsch Werks’ booth with a strange looking fuel injector on the display. It’s their new direct-injector for EcoBoost applications, standing up on a long, thin nozzle compared to the typical stubby port-style injectors. These are a cost effective solution for $640, not much more than equivalent port injectors, Their new HDEV1700 direct-injector, capable of flowing 1,700 cc. DW says the HDEV1700s are good for 30 percent more volume than the stock injector, meaning that fuels like E85 can be used, although the high-pressure pump is still a bottle neck which brings us to

The other major bottle neck of direct-injected fuel systems is the cam-driven high-pressure pump. This pump rides on a special lobe at the end of the cam, and increases the line pressure from about 60 psi to over 2,000 psi. That said, when you begin pushing over 300 hp at the wheels, or start to use E85, the stock pump quickly falls behind.

Both Livernois and RTR/Xtreme-DI now provide direct-injection pumps for the EcoBoost engines, solving a major bottle neck in horsepower. These bolt-on mechanical pumps increase the fuel volume by 30 35 percent, even with stock injectors. This is an excellent upgrade for EcoBoost buyers, though at prices ranging from $1,600 to $1,800, an injector upgrade is the most cost-effective upgrade for those keeping the stock turbocharger. However, for those wanting a bolt-on solution without having to design a secondary manifold- or port-injected fuel system, RTR/XDI and Livernois claim to support over 300 hp at the wheels on their pumps alone. 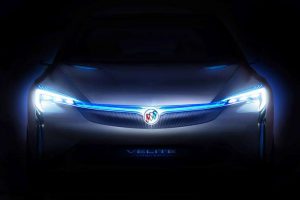 No Shanghai surprises here — the Buick Velite plug-in hybrid concept will make its global debut at the upcoming Guangzhou...
Copyright 2017 CarFilia
Back to top